How Did We Do in 2021-Furnace Builder SECO/WARWICK

From furnace builder SECO/WARWICK we have this fascinating report about how the company fared in 2021. The firm tells us sales in dollars, where the sales occurred and which markets were most successful for the company. We won’t keep you in suspense, in this report you find this statement; “New orders in between January and September 2021 totaled PLN 330 million.” At today’s exchange rates this translates to roughly $84 million USD.

“The year 2021 was one of the best years in the history of the SECO/WARWICK Group. Individual subsidiaries recorded significant increases in the order numbers, for example, in the Year of the OX, the Chinese company has seen record sales, especially in terms of sales of the lines for the manufacture of car battery coolers.

The American subsidiary – SECO/VACUUM, which celebrates its fifth anniversary this year, remains under the strong influence of a bull, a symbol of more than just a bull market. The company has secured (in the first three quarters of 2021) orders amounting to $15 million (a 56% increase y/y – $9.65 million). SECO/VACUUM forecasts that on a year-over-year basis, order number growth will reach 30%. In short, the SECO/WARWICK Group has strengthened its position as the first-choice company for metal heat treatment solutions.

About the Finances of SECO/WARWICK; There is no doubt that last year was a challenge, due to disrupted supply chains and overflowing production halls. However, this has not prevented SECO/WARWICK from succeeding. In 2021, the VAC (vacuum furnaces) and CAB (protective atmosphere brazing equipment) segments had the most orders completed, although the record-size contract carried out by the VME (vacuum metallurgy equipment) segment should also be highlighted.

The total value of the Group’s sales for the first three quarters of 2021 increased by 18% y/y to PLN 335 million, of which the Asian market accounted for the largest share (nearly 30%), followed by the US (27%) and the European Union (nearly 25% of sales).

“Sales growth was accompanied by earnings growth and improved profitability. After three quarters, we generated over PLN 73 million in gross profit on sales, which under comparable conditions (that is after eliminating the impact of the anti-crisis shield in 2020) represented an increase of over 20% y/y and nearly PLN 26 million in EBITDA (an increase of 55% y/y). The Group’s financial standing is good and debt is stable and low. New orders in between January and September 2021 totaled PLN 330 million (vs. 253 million in the same period of 2020), an increase of 30 percent”– said Piotr Walasek, CFO, SECO/WARWICK Group.

American dream of growth, expansion and awards; Last year, the US subsidiary – SECO/VACUUM – secured dozens of orders, mainly from the aerospace industry and the tool industry where almost 75% (which is encouraging and gratifying) was constituted by returning customers. SECO/VACUUM will close 2021 with a 30% increase in the number of orders.

For the Group’s second American company – RETECH – 2021 was also successful. The move to Buffalo brings new operational opportunities and tremendous growth potential. RETECH is currently focused on introducing innovative solutions, such as advanced metal powder furnaces. At the same time, it continues to develop the PAM (Plasma Arc Melting) furnace segment, remaining the world’s leading supplier, offering a PAM furnace that has passed the rigorous testing required for titanium melting and refining technology for the aerospace industry.

In August, at one of the most important events summarizing the economic cooperation between the US. and Central and Eastern Europe “USA-Central Eastern Europe Investment Summit & Awards,” SECO/WARWICK received the award in the category “Most Successful Expansion on the American market.” The US market is a key sales area, hence the presence of as many as three subsidiaries there. SECO/WARWICK equipment operates in major US companies in such strategic branches as defense, power engineering, aerospace, and automotive. Our current order book indicates that the share in the North American market will grow significantly this year and will reach over 30% in subsequent periods.

The Year of the Ox – offensive of the subsidiaries; SECO/WARWICK China, had a record year, full of new orders. In 2021, the Chinese company sold as many as 15 CAB lines. This is a nearly 70% increase from 2020. The eight lines sold are solutions that will be used to manufacture battery coolers for electric and hybrid-electric vehicles, which is currently one of the most promising developments. The growth of the electromobility segment, legal regulations and the increasing awareness of the global society – associated with the need to care for the environment makes SECO/WARWICK have high hopes for the product line dedicated to battery coolers. 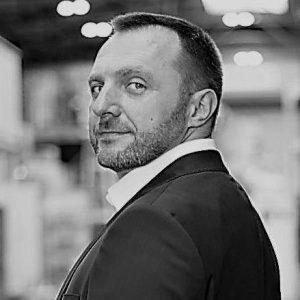 “We were aware that 2021 would be rich in orders and we prepared very well for this opportunity. The market has recovered from the difficult economic events of 2020. Most of our customers have quickly adapted to the new reality. The automotive industry is currently betting on the solutions associated with electromobility, and this path matches perfectly with the development of the SECO/WARWICK Group. It is worth noting that the Chinese company gained several new customers last year, including tycoons from the FORTUNE GLOBAL 500 list”– summarized Sławomir Woźniak, CEO, SECO/WARWICK Group. 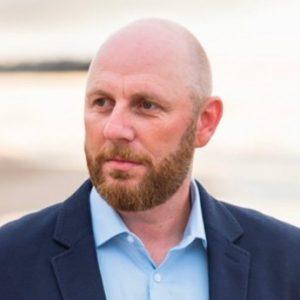 2021 is the Year of the Ox in China – a symbol of success in business. But the American bull market symbol – a bull – is also worth mentioning. “This was undoubtedly a historic year for SECO/VACUUM that will end the year with an approximately 30% increase in the number of orders secured. And this is certainly not the end of the success stories, given the signals coming from the US market. I am convinced that 2022 will be equally successful for SECO/WARWICK. This is because the company’s success is founded on the people who adapt the portfolio to local market needs. We follow the trends, we work on new products, we know where the market is heading and we grow with it. We believe that 2022 will abound not only in numerous new orders, but also in launches of innovative solutions developed by the R&D team of the SECO/WARWICK Group” – concluded Piotr Zawistowski, CEO, SECO/VACUUM.”