As part of our campaign to raise awareness of the importance of safety in the heat treat industry “The Monty” includes regular reports about accidents in the industry and how they could have been prevented. In this case a large auto parts maker in North America had a tragic accident as a result of a flame curtain not being lit (please note that in the report below the accident investigators refer to it as a “fire curtain”, we have always heard it called “flame curtain”). This accident was compounded by the fact the operator was not wearing the correct apparel.

“However, if the door is opened and the fire curtain is not lit, oxygen from outside is mixed with the controlled environment inside the furnace, which includes endothermic gas. The new gas mixture can be explosive,” the release notes. “On this day, the fire curtain was not lit when the door was opened. This resulted in a fireball explosion. It is likely that a downdraft of air through the exhaust ventilation of the furnace hood blew out the pilot light.” According to the release, the worker’s skin was not protected from the radiant heat resulting from the explosion, as the employee was not “wearing apparel sufficient to protect the worker from injury,” or using a shield, screen or other barrier. As XXX Company failed to ensure the worker was wearing adequate skin protection, they were found to be in violation of the Occupational Health and Safety Act.” 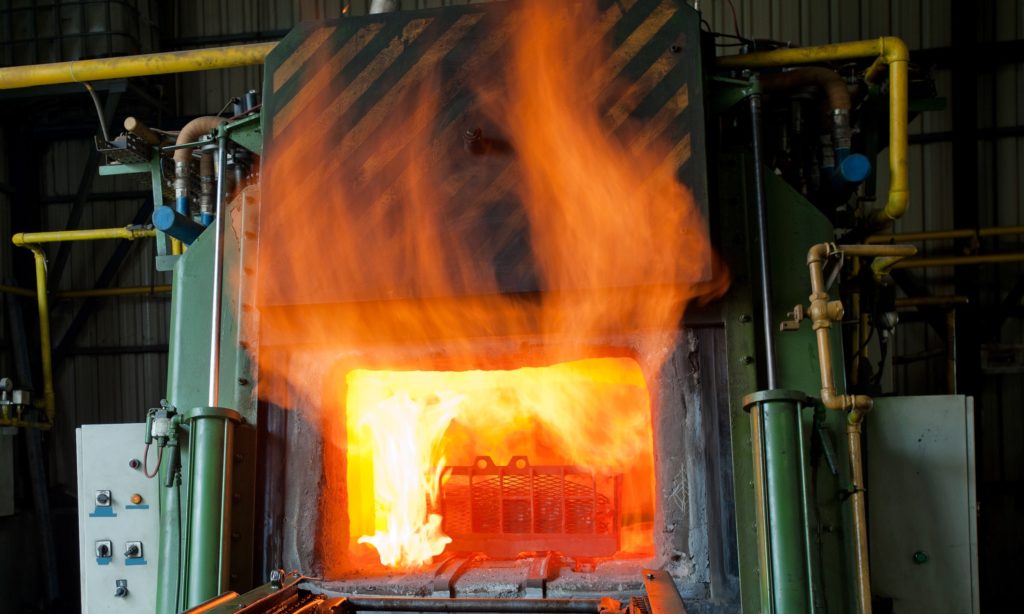