The remaining assets of what was formerly Bluewater Thermal Solutions in Kitchener, Ontario, Canada were auctioned off today and the auction can certainly be considered to have been a success. All of the 36″ X 72″ X 36″ batch IQ furnaces were sold with the newest one (shown in this photo) selling for a little over $300,000 and the other older ones selling for what we would consider to be quite respectable prices. Rumor has it that most of the IQ’s are destined for Texas. Surprisingly enough the two smaller mesh belts sold, one to the former GM of the facility and the other to an individual we are not familiar with. We have been told that the only items that didn’t sell were the two large Can Eng aluminum furnaces which is not a surprise. We hasten to add that there is nothing wrong with them, it is just a very small market for this style of furnace. While many consider that the commercial heat treating industry in North America is slowing down there is little sign of it from this auction. 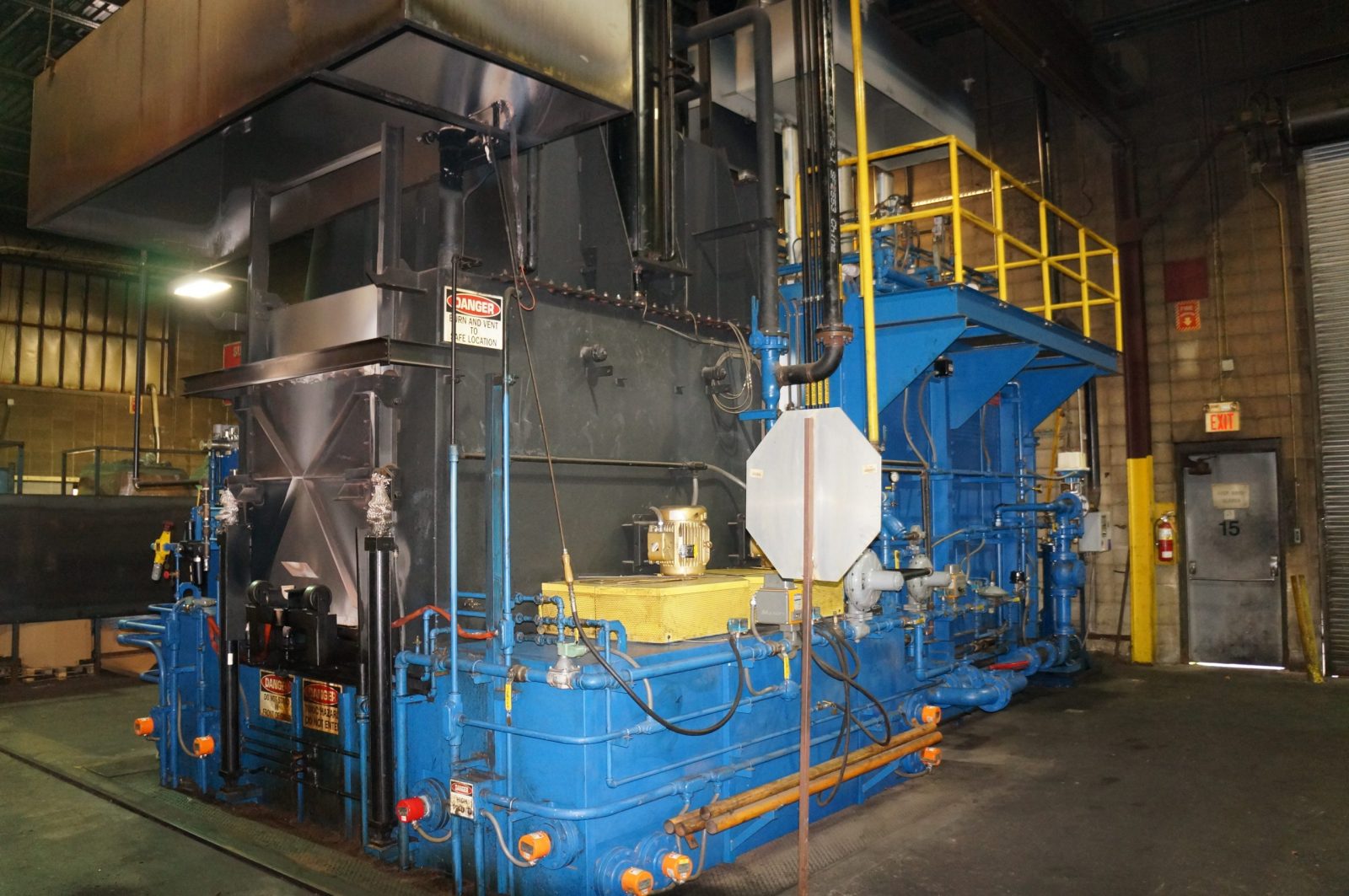