Greenhouse Gas Emission Targets to Decide How Furnaces Are Heated?

Recently we have had 3 captive heat treaters ask “The Monty Heat Treat News” for costing on converting their natural gas fired batch IQ furnaces to electric heat. While the idea of switching from relatively inexpensive natural gas to the more expensive option of electricity appears to be ludicrous to us, in each case the answer was the same-management at each company had dictated that all avenues to reduce greenhouse gas emissions must at least be considered-(incidentally at least 2 furnace builders confided to us that they feel electric heating will become the norm rather than the exception in the coming years for exactly this reason). We will qualify our statement saying gas is cheaper than electricity  by adding that in North American most atmosphere furnaces are heated with natural gas because of cost, however regions such as the US Northwest, Tennessee and Quebec, Canada are the reverse because in these regions electricity is the cheaper option.

Another option which has been suggested to us several times over the past few months is heating with hydrogen, a much cleaner gas than natural gas. While we are not aware of any heat treating furnaces in North America being heated with hydrogen it would appear that the technology is advancing as can be seen in the article below. Whether you agree with concerns over emissions or disagree is probably a mute point, it would certainly appear that this consideration will be popping up more and more often and will influence future debates over how furnaces are heated.

“(This entire article can be found at https://emcombustion.es/en/em-develops-the-prototype-of-a-hydrogen-burner/)E&M Combustión, a Spanish engineering company dedicated to the development of new Combustion Technologies, develops the prototype of a specific Hydrogen Burner to operate with this fuel, which has been introduced to the industrial sector in the framework of the Expobiomasa 2021 fair, held from 21 to 23 of September. The project involves the development of more efficient and less polluting technologies than those currently operating in industry and in the field of power generation. The objective of this prototype hydrogen burner is aimed at making sustainable the thermal power installations and boiler rooms or buildings sustainable, allowing their decarbonization and the reduction of emissions.

As one of the main protagonists of the energy transition, burners that use hydrogen represent an evolution of traditional combustion systems and allow us to achieve superior energy efficiency with a combustion that eliminates all C02 emissions into the atmosphere. When used together with other fuels, such as natural gas (mixed or multi-fuel burners), it considerably reduces the emission of these greenhouse gases.

Thus, the recently presented prototype hydrogen burner is designed to work only with hydrogen or to operate with a mixture of hydrogen and natural gas for use in district heating installations, for heating buildings and large areas.  This last alternative of a mixture of hydrogen and gas is tested by E&M Combustion and is very viable. It consists of a mixture of hydrogen, with 15% -20% natural gas, with which the enriched mixture increases the calorific value and achieves a more stable and efficient combustion. This mixture also makes it possible to improve flame detection, a great challenge with the exclusive use of hydrogen as fuel, due to its characteristics of invisibility to the human eye.

In the hydrogen sector, Spanish engineering company E&M Combustión contributes its technology and experience in the field of industrial combustion and in hydrogen combustion systems, specifically, to which it provides advice, design, manufacture and commissioning of Hydrogen Burners and Hydrogen Combustion Systems in power generation plants and industrial processes, especially in the chemical and petrochemical areas.

The use of hydrogen in industry provides new tools to eliminate CO2, which is largely responsible for climate change. For Iñigo Béjar, CEO of the company “this milestone is a great opportunity for the planet as a whole, and for the improvement of production processes, although it requires the accompaniment of a technological partner and specialized attention to combustion challenges that this new fuel brings with it “. 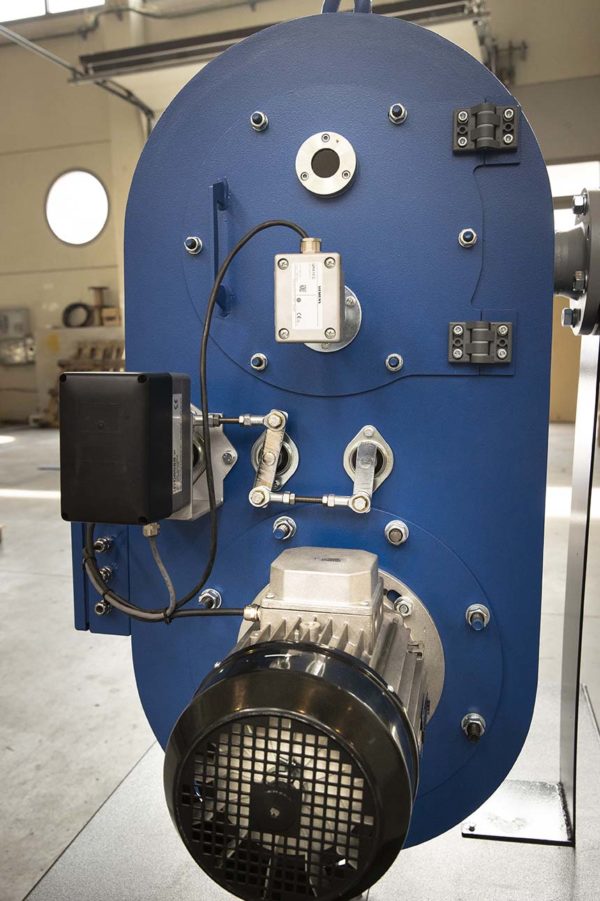