Along the same lines while Japanese automakers had the foresight to stockpile chip parts, that stockpile has largely dissipated leaving them in the same situation as all other auto companies around the world.

“GM build-shy strategy has tens of thousands of vehicles parked awaiting chip parts; In late January, retired General Motors employee Joseph Jones bought a 2021 GMC Sierra full-size pickup after having driven his 2004 Sierra for 17 years. Jones, 68, tracked the production of the new light-duty pickup in cherry red from his home in Franklin, Tennessee. He saw that it was built on Feb. 15 at GM’s Silao Assembly Plant in Mexico, so he eagerly awaited its arrival any day.

But as of May 5, Jones’ pickup remained in Mexico, parked alongside thousands of other GM pickups built shy of the final parts needed to complete them because of a global semiconductor chip shortage. “I am getting more aggravated by the day,” Jones said. “The customers are stuck in the middle and I would love better communication through General Motors. I know everybody has been in the same situation, Ford, GM, Chrysler, Nissan … everybody has been held hostage by the shortage of this chip.”

GM is running what the industry has called a build-shy strategy, where it builds as much of its vehicles as it can, less the parts that require the chips. It is storing tens of thousands of incompletely-built pickups, SUVs and vans in Indiana, Illinois, Missouri, Texas and Mexico, several people familiar with GM’s production told the Free Press.

GM declined to confirm figures, but said its build-shy strategy benefits customers, dealers and employees because it keeps the assembly lines humming, building its most in-demand and profitable vehicles. But some, including dealers and Wall Street, worry about the impact of the chip crisis on business if it continues much longer. On Wednesday, when GM reported strong first-quarter earnings, GM CEO Mary Barra assured investors that GM is managing the crisis and foresees it resolving during the third and fourth quarters.” 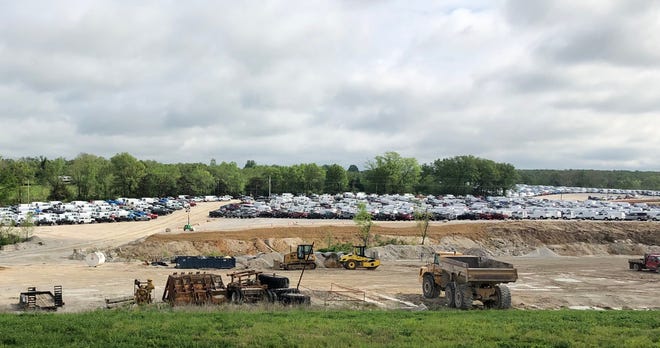