Recently we had a brief note about how a component on Boeing 737Max airplanes called a “slat track” was possibly defective due to improper heat treating. We posted the story and promptly forgot all about it until a reader sent us this article. This very well written and researched article comes from a fellow by the name of Christopher Paris and his credentials are at the end of the article. Read on to see the entire tale which appears to tell us how a known (or unknown) company might have fudged heat treating data in the aerospace industry; https://www.oxebridge.com/emma/why-wont-boeing-spirit-name-manufacturer-of-defective-737-slat-tracks/

“Within the last week, Boeing announced that a number of 737MAX and 737 NG airplanes are currently in operation with potentially defective components known as “slat tracks,” which help control the forward flight surfaces on the aircrafts’ wings. The Boeing announcement was another black eye for the already beleaguered company, but it was odd in that it didn’t name the manufacturer of the product in question. Subsequent reporting then uncovered that the manufacturer was a sub-tier supplier a major Boeing component manufacturer, Spirit AeroSystems of Wichita KS. Even after that was reported, Spirit wasn’t announcing the actual manufacturer’s name, either. Stranger still, the FAA hasn’t issued any airworthiness directive or announcement naming the supplier. It’s not just an oversight, either. In a call to reporters, Boeing spokesman Bernard Choi flat-out refused to answer when asked who the supplier is, saying he “is not commenting on the supplier.”

The level of secrecy about the supplier is unusual, to say the least. This is made worse by the fact that Boeing is under the microscope right now due to the 737MAX angle of attack indicator malfunctions and hidden MCAS software features which appear to have caused the two deadly crashes in Jakarta and Ethiopia, grounding the entire MAX fleet worldwide. You would think Boeing would be opting for transparency in light of this new problem, but they are going in the opposite direction. And there’s got to be a very powerful reason for that. For now, all we can do is guess. One likelihood is that the Spirit “sub-tier supplier” is located in Asia. A prominent manufacturer of wing components for Spirit is Drewloong Precision in Taiwan, a potential culprit. Announcing that Boeing aircraft are being affected by defects originating from Taiwan could raise a number of thorny issues for the Trump administration as it engages in a trade war with China, Taiwan’s enemy. Boeing and Spirit are also keenly aware that any news of defects coming from Taiwan might trigger a tweetstorm from the Commander-in-Chief demanding that such manufacturing be done in the US, which would cripple Boeing’s already damaged stock prices.

But the source may not be from Asia at all, but instead Europe. As this news hit, French manufacturer Aubert & Duval was simultaneously stripped of all its AS9100, AS9120 and other certifications from the certification body Burea Veritas. Normally when a company loses multiple different certs from a CB it means they simply didn’t pay their bill, and the certificates will be restored within days; but Aubert & Duval also simultaneously lost their Nadcap accreditation, which is issued by PRI, not Bureau Veritas. The IAQG OASIS database shows that Aubert & Duval’s AS91xx certs were suspended on March 15th 2019, while PRI’s listings show that the company’s heat treat processes had their Nadcap withdrawn just four days later on March 19th. Clearly, the two actions are related, raising suspicions that the company may have gotten caught falsifying heat treat data. That March date would align with when Boeing allegedly discovered the slat track problem. Aubert & Duval supply metal to the Boeing/Spirit supply chain, so would be considered a “sub-tier supplier.”

If so, Boeing, Spirit and FAA may be keeping the story quiet because they don’t need a “metal data falsification” scandal to pile on top of the already suffocating host of issues Boeing is dealing with. To date, the majority of aerospace test data falsifications have come from Japan, and haven’t been tracked to installations on exact US-designed aircraft models. Whatever the reason, the companies and FAA are happy to keep the supplier quiet for now, but the identity of the supplier is unlikely to stay hidden permanently. When it does come out, it won’t be good news for the aerospace supply chain nor its quality certification schemes.”

About Christopher Paris; Christopher Paris is the founder and VP Operations of Oxebridge. He has over 30 years’ experience implementing ISO 9001 and AS9100 systems, and is a vocal advocate for the development and use of standards from the point of view of actual users. He is the author of Surviving ISO 9001:2015. He reviews wines for the irreverent wine blog, Winepisser. 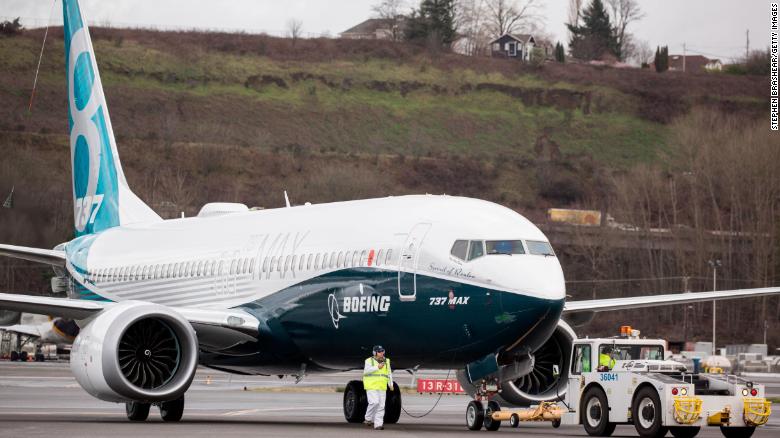