January 8th, 2021 a very remarkable individual passed away, Mr. Frank Hasenfratz founder of auto parts company Linamar. Linamar has been mentioned many times over the years on “The Monty Heat Treat News” as one of the largest captive heat treaters in North America. This obituary makes for fascinating reading as it shows how Frank built the company from nothing to become an international manufacturer. 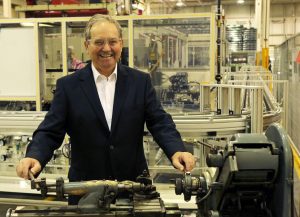 “Frank Hasenfratz, a Hungarian immigrant who built Linamar Corp. into a $5-billion auto-parts company from a startup venture in his garage, died Saturday at the age of 86. Mr. Hasenfratz, who was executive chairman of the company at his death, was surrounded by his family, the company said in a statement. The cause of death was cancer, the statement said. “It was his vision and unrelenting drive that enabled us to build the company that Linamar is today,” said his daughter, Linda Hasenfratz, who has served as the company’s chief executive officer since she replaced her father in 2002.

“He leaves a tremendous legacy on the Canadian business landscape, changed the lives of so many, and provided careers, livelihoods and opportunities for thousands of people. He inspired and taught so many, myself most profoundly, and his spirit will live on in each of us as we continue to build the legacy of Linamar.” The company said its board of directors has a succession and renewal plan in place for the executive chair position “which will be implemented in the coming weeks.”

As a young man in Hungary, Mr. Hasenfratz was training as a technical officer in the army when the Soviets roared in and crushed the country’s 1956 uprising. Realizing it was prudent to leave the country, he fled to Austria and then went on to Italy, where he worked as a translator inrefugee camps. He moved on to Le Havre, the French port. There he met some sailors who told him he could get passage to North America if he was willing to work on their freighter. Mr. Hasenfratz signed on. The freighter docked in Quebec City, where an immigration officer boarded and asked Mr. Hasenfratz to identify himself. “I told him that I was a Hungarian refugee,” Mr. Hasenfratz told The Globe and Mail in a 2005 interview. “It took him five or 10 minutes and he gave me immigration status, including $5 to spend. I filled out the paper, he said, ‘Sign here,’ and ‘Welcome to the country.'”

Mr. Hasenfratz ended up working on a farm near Guelph, Ont. His employer drove him into town each day so he could look for a job in his real line of work, tool-and-die making. Within weeks, he landed a job with a company making components for the Avro Arrow project, the attempt to build a Canadian interceptor jet that was infamously cancelled by the Diefenbaker government. Soon Mr. Hasenfratz was working in the machine shop of a firm whose products included fuel pumps for Ford Motor Co. Almost a quarter of the pumps were defective, which so frustrated Mr. Hasenfratz that he quit the company and landed the contract to supply the pumps himself. It was a bold move for a young breadwinner with two small children. But the auto pact came into effect, and he started getting more contracts out of Detroit. His auto parts business took off. Linamar, founded formally in 1966, took its name from Mr. Hasenfratz’s daughters Linda and Nancy and wife Margaret. It went public on the Toronto Stock Exchange in 1986 and began a global expansion in the 1990s. A series of acquisitions expanded its geographic reach and its number of product lines. 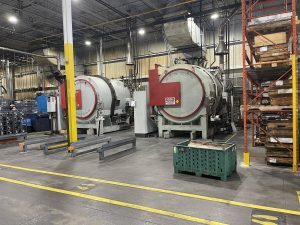 Today, Linamar has 26,000 employees in 60 manufacturing locations, 12 research-and-development centres and 25 sales offices in 17 countries in North and South America, Europe and Asia. In addition to a wide range of auto parts and components, Linamar also makes lifts for the aerial work platform industry and agricultural harvesting equipment. Over the past 12 months, it recorded $6.7-billion in sales and nearly $500-million in profit. At Friday’s stock market close, investors valued the company at just more than $5.1-billion. Mr. Hasenfratz served as chairman of the company’s board for 55 years.

Mr. Hasenfratz was honoured as the Canadian Entrepreneur of the Year, inducted into the Canadian Manufacturing Hall of Fame and the Canadian Business Hall of Fame, and was appointed to the Order of Canada. He donated to numerous philanthropic causes in Guelph and surrounding Southwestern Ontario, including the Guelph General Hospital, University of Western Ontario, St. Joseph’s Foundation and the local performing arts. Mr. Hasenfratz was predeceased by his wife Margaret Hasenfratz. He leaves behind his daughter Linda and son-in-law Ed and their four children, as well as daughter Nancy and son-in-law Mark. In its statement, Linamar said “we will continue to live by Frank’s words to strive to continuously improve, act quickly and decisively, set goals and track progress and always ‘Do What We Do Best, Better.’ “