Back in 2008 what at the time was Chrysler LLC joined forces with German auto parts supplier ZF Friedrichshafen AG to produce a new axle manufacturing alliance. The partnership utilized Chrysler’s new Marysville (Mich.) Axle Plant to build three families of state-of-the-art axles for improved fuel efficiency. Production started in early 2010 in what was at the time a 7000,000 square foot plant with the goal of producing approximately 500,000 axles per year. Fast forward to 2020 and we see that FCA plans on spinning off the plant to ZF Corp., in what is an amicable separation. What does this have to do with heat treating? Well it just so happens that this facility has a very substantial in house heat treating department. When production started back in 2010 the facility included several single row pusher furnaces supplied by Williams Industrial Service, Inc., of Bowling Green, Ohio. Since that time the heat treating department has expanded several times and now includes numerous Williams pusher furnaces combined with HEESS press quenching systems, making it a very modern, impressive captive heat treat. 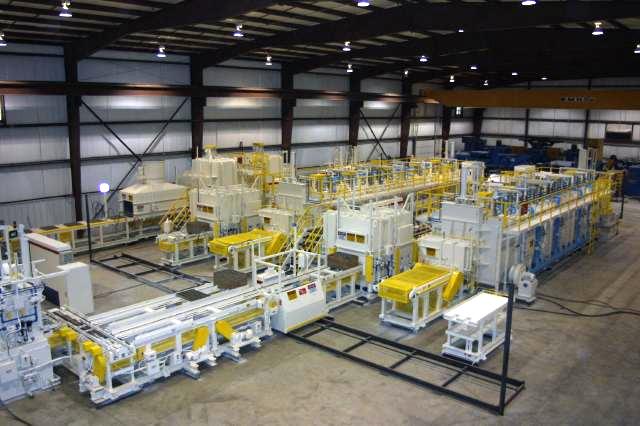