“In December 2016, Euroricambi, a manufacturer of transmission components based near Bologna, Italy, decided to invest in its own heat treatment line. Euroricambi’s products serve the global aftermarket for commercial vehicle and bus transmissions. Previously, the heat treatment was carried out at local contract heat treaters using conventional, atmospheric furnace technology. The decision to invest in vacuum heat treatment technology in-house was the intention to reduce dependence on external service providers and to improve quality, i.e. surface-oxidation-free, clean and low-distorted transmission components after heat treatment. Due to the requirements described above and the request to treat the entire, very broad product range of Euroricambi in one system, the company opted for ModulTherm® technology from ALD Vacuum Technologies GmbH in Hanau. At the end of 2017, a ModulTherm® system with 3 treatment chambers, a high-pressure gas quenching chamber and a vacuum oil bath was delivered. The fully automatic system consists additionally of a washing-machine, several tempering furnaces which are also used for pre-oxidation, cooling stations and an external transport system, which connects the components of the ModulTherm system with the peripheral system components. The system enables high process flexibility. Solid gear components such as shafts, spur gears and bevel gears are carburized in the plant and hardened directly in the oil bath. Other gear components are again carburized and hardened in the gas quenching chamber using up to 20 bar Nitrogen with particularly low distortion. Components with a high risk of distortion, such as synchronizer rings which cannot be hardened freely, are carburized in the system, cooled in the gas quenching chamber with low gas pressure or low gas velocity and then reheated in an induction system and hardened in a quenching fixture. The outstanding optical quality of the components quenched under vacuum in an oil bath was a particularly positive surprise. The used oil is a special development, which was designed in cooperation between Euroricambi and a local supplier and delivers excellent quenching results. After the plant has proven itself in daily production and being fully utilised, Euroricambi brought forward the planned expansion of the plant and decided to invest in 5 more treatment chambers at the end of 2018. Due to the foresighted configuration of the basic plant in the planning phase of the first delivery step, the current capacity expansion of the plant can be handled with the least possible effort and disturbance of the ongoing production operation. In the final expansion stage with 8 treatment chambers, the plant will have a heat treatment capacity of approx. 40,000 kg daily from October 2019, based on a case hardening depth of 0.8+0.4 mm.” 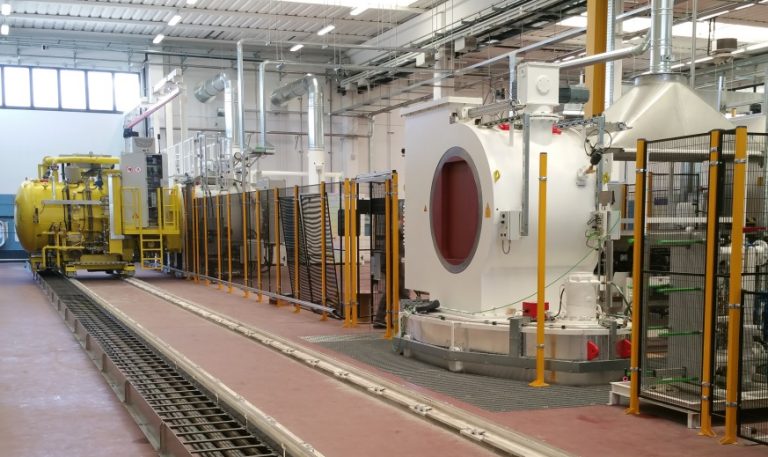 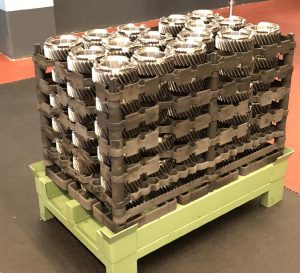