High Electrical costs in Europe have prompted virtually every captive and commercial heat treater in Europe to install an energy optimization system on their electrically heated furnaces. All electrical bills are comprised of several components, chief among them being the actual amount of electricity used and also a charge for the peak demand usage in any given year. As this can be a very high charge the theory is that by “flattening out” electrical demand your electrical bill is reduced and the theory works in actual practice. When the system senses electrical usage is getting close to a peak it throttles back the ramp up rate on selected furnaces but does not touch the usage during a soak cycle. As the ramp up time is generally the shortest part of any furnace cycle there is a negligible increase in the overall cycle time.

European heat treaters embraced the technology over 40 years ago and continue to do so which proves that the system works and it actually works quite well-we speak from personal experience. However in spite of very determined efforts by at least two German suppliers a number of years back to bring the technology to North America it never got very far. This is in spite of the fact that almost 20 systems were installed at captive and commercial heat treaters in the USA and Canada and all worked fairly well. The obvious point is that electricity is a lot cheaper in North America than Europe but still with an average payback time of 2 years in NA you would think heat treaters in North America would have embraced the technology. Well they didn’t and as far as we can tell at least for the time being there is virtually no interest in the technology. This photo below was taken at a SCHMOLZ+BICKENBACH facility in Windsor, Canada which at the time was one of the larger commercial vacuum heat treaters in North America (it closed some years ago). The company had a system on every one of their furnaces and swore up and down that is was the best thing since sliced bread. 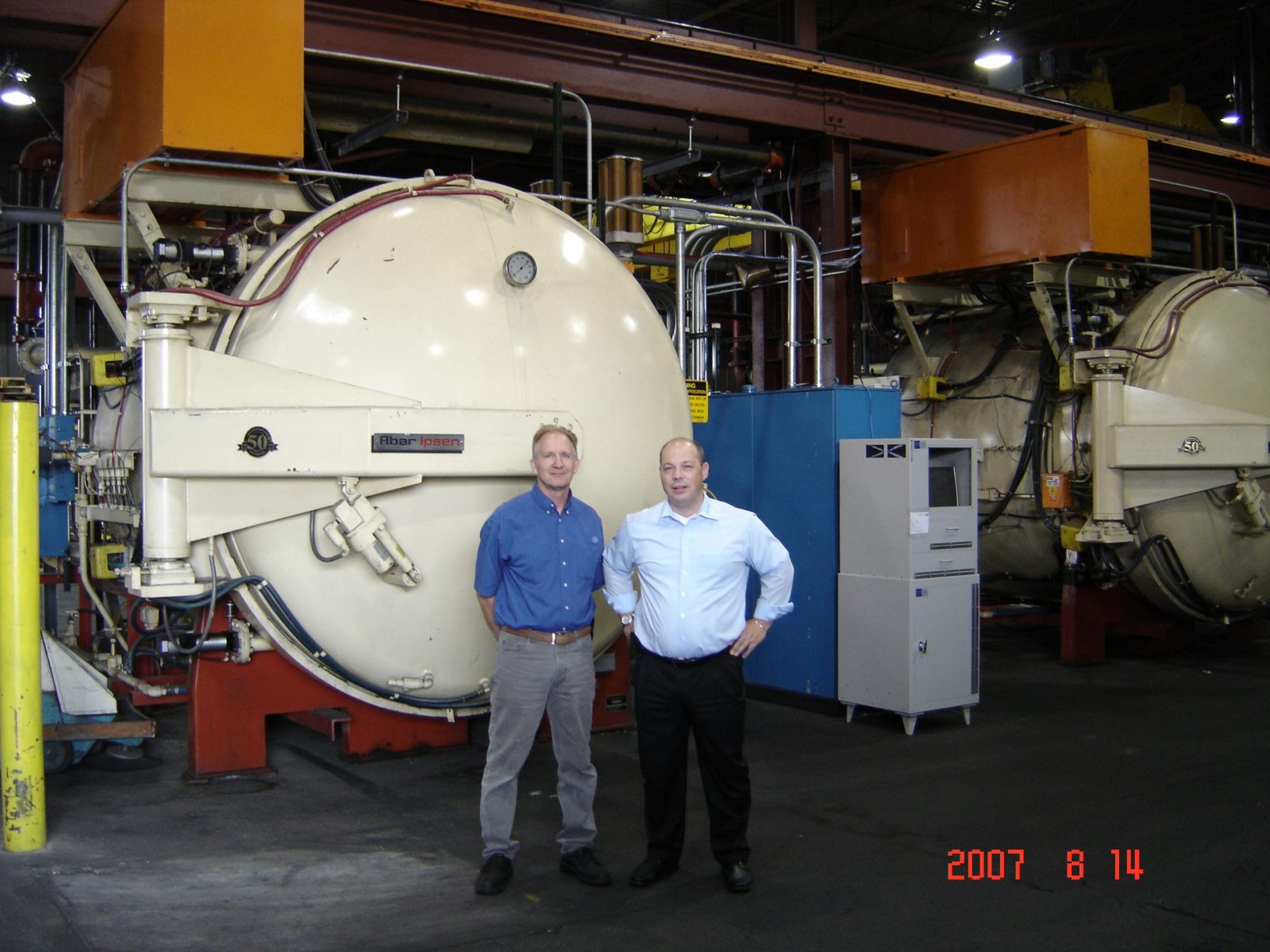 In this photo we have on the left Rod Pressy of SCHMOLZ+BICKENBACH, Gunther Braus, Dibalog, Germany