For over 60 years an auto parts maker in Lebanon, TN, USA has been producing automotive parts and heat treating them in house. The current owner Germany based ZF North America announced in December of 2021 that the plant would be closing for good in 2022 and that is indeed what happened. The very substantial heat treating department was part of the auction which is being held this week. “The Monty Heat Treat News” is very familiar with this facility and can vouch for the fact that at one time this was a very impressive heat treat department-alas that was a long time ago. What is left is very tired and worn out heat treat furnaces which will probably attract scrap value offers only.

“December 7, 2021; One of Lebanon’s oldest manufacturing facilities is set to close its doors by the end of March after ZF North America officials informed its 235 employees of the plans last week. The facility, which opened in 1961, produces commercial vehicle steering system components. “ZF is continually assessing its manufacturing footprint globally and in North America to remain cost competitive in retaining and gaining new business in the commercial vehicle market,” ZF North America Senior Communications Manager John Wilkerson said. “Consolidation of commercial vehicle steering systems operations continues in the region to enhance our competitive position. Unfortunately, the difficult decision of the planned closure of the Lebanon facility needed to be made now to align with consolidation plans.” ZF, located at 1103 W. Baddour Parkway at the intersection of Hartmann Drive, has taken many turns since its inception.

Ross Gear and Tool Co. acquired the former Gemmer Engine & Manufacturing in Detroit in 1961 and moved the plant’s operation to Lebanon. Around the same time, Cleveland-based Thompson Products, known for its automotive and aircraft engine parts, merged with Los Angeles based advanced technology business Ramo-Wooldridge, and formed Thompson-Ramo-Wooldridge. In the mid-1960s, the group shortened its name to TRW and purchased Ross Gear. The operation continued under TRW until 2015, when ZF Friedrichshafen AG acquired TRW.

Employees of the operation have faced trying times within the last decade, including a 400-person strike in 2013 for better pay and benefits and increased safety in the plant. The strike followed the 2008 economic crisis rebound, which employees said did not result in a return to desired salaries after many took pay cuts for the business to remain open. Last year, nearly 300 employees were laid off as a part of a wider company layoff that affected more than 1,000 employees.

“We are announcing well ahead of the plant ending date to give employees more certainty regarding the future and allow them to prepare for new employment when the time comes,” Wilkerson said. “The company will support them in seeking new employment while the plant closes out their customer commitments.” Lebanon Mayor Rick Bell said the company has been an important employer in the community. “There’s generations of people that worked there and were able to raise their families here in this community. It’s been a great employer for a long time,” Bell said. “It’s a sad day. It’s sad for the community because we’re losing a large employer, but it’s really sad on an individual level because these are people who have worked there for a long time and now, they’re going to have to look for something else.” 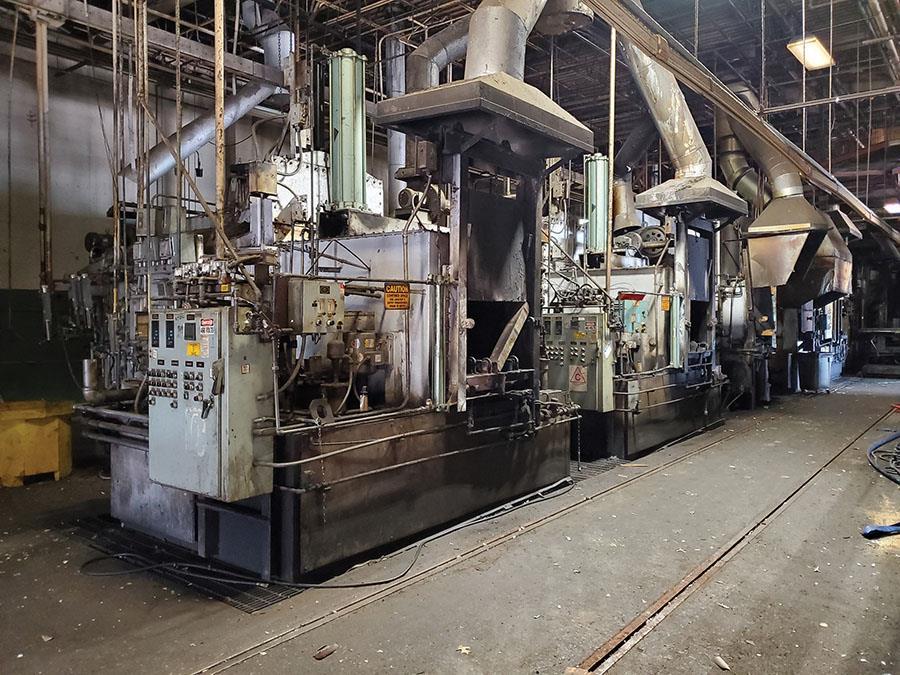