It is regret that we mention the passing of Dick Schumann one of the founders of furnace builder HeatTek. Dicks’ obituary is further down this
page along with a press release the company issued back in December of 2021 about how the company was expanding. 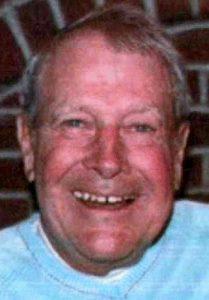 “DECEMBER 2021 Posting; Furnace Builder HeatTek Expanding Like Crazy “HeatTek, manufacturer of ovens, furnaces and washers, has just announced the purchase of an additional facility in Ixonia, WI. This new building will serve primarily as a distribution center for the rapidly growing company’s components and spare parts inventory. This expansion is on the heels of another plant acquisition in the nearby city of West Allis, which was finalized earlier this year. The West Allis plant has three bays that provide over 150,000 square feet of manufacturing space, a combined 400-ton crane capacity and a specialty stainless steel bay.

“Many of our customers serve critical industries and are seeing historically high demand. HeatTek has committed to support them,” explains Jason Plowman, President of HeatTek. “Because of our equipment’s large size, floor space is an important asset, so investing in new facilities is essential.” HeatTek’s original location will remain home to its headquarters offices, R&D lab and over 70,000 square feet of manufacturing space. Plowman summaries, “The recent expansion has tripled our capacity and optimized our manufacturing process so we can support these crucial industries.”

Richard “Dick” Schumann, 79, of Watertown, passed away on Sunday, January 23, 2022, at HonorHealth in Scottsdale, Arizona, following a brief illness.

He was born Richard Raye Schumann on March 3, 1942 in Watertown, son of Raymond E. Schumann and Norma P. (Daugs) Schumann. Known as “Dick” to his friends, he graduated from Watertown High School in 1960 and pursued a degree in Engineering at Stout University in Wisconsin. He married Deanna K. Haessig in 1963 and began their family life in Watertown. He was employed at Lindberg Hevi-Duty in Watertown for a short period of time before moving on to employment at Oven Systems, Inc.(OSI) in New Berlin. In 2000, Dick, alongwith a few highly experienced industry veterans, founded HeatTek in Milwaukee, a pioneer in the heat treat industry. He continued to help the company grow and expand to a larger facility in Oconomowoc, and then into a state-of-the-art manufacturing facility in Ixonia,  in 2004 where he worked well into his 70s.

Dick was a pillar in his community. He gave generously of his time and finances and impacted the lives of so many. He loved to contribute to the success of others. He was a member of the Parent-Teacher Association, president of the Wisconsin Parkinson’s Association, a key figure in the development of the Avalon Equine Therapy Services, served on the Board of Directors for Ixonia Bank, and most recently, president of the Watertown Country Club.

Dick had a love for his family and friends. He was a loving father and a dedicated husband to his wife of over 50 years. He was her rock, championing her through the long road of Parkinson’s disease, and faithfully cared for her to the end. He loved spending time with his grandchildren, faithfully attending sports and theater events, fishing and many happy times in Florida.

Dick was highly athletic and competitive. He played basketball, football, baseball, and billiards in his youth, and enjoyed softball, tennis, skiing and golf in his later years. He enjoyed coaching flag football and basketball, had a love for ties, fancy socks, potato chips and SPAM sandwiches.

Dick was blessed to find love and companionship a second time in his life with Brenda Geib. The two of them shared travel, adventure, a love for fast driving, golf, and singing to the oldies.

He was preceded in his death by his wife, Deanna, and his parents, Raymond and Norma.

A memorial service will be held in his honor at the Watertown Country Club on February 19, 2022, beginning at 11:00 a.m. A luncheon will follow. In lieu of flowers, donations to the Wisconsin Parkinson’s Association or Watertown Country Club Tree Fund would be appreciated. Hafemeister Funeral Home and Cremation Service of Watertown is serving the family. Onlinecondolences may be made at www.hafemeister.com.