Based in Rockford, Illinois, USA Diablo furnaces appeared almost from nowhere back in 2017 to start offering heat treat furnaces, primarily Batch IQ furnaces. The company claimed business was quite good and that they were rapidly gaining widespread acceptance in the North American heat treating industry, however just before Christmas the company closed down for good. The market for new furnaces in North American remains quite strong these days so we are not entirely sure what caused the company to close after such a short period of time. The news items below appeared on “The Monty” back in 2017 when the company was started and provide background on the company.

DECEMBER 1/2017; “There is a relatively new furnace builder in Illinois by the name of Diablo Furnaces which we have run across a couple of times over the past year. The design of furnace they are marketing is very similar to the old Beavermatic design (Of course Premier Furnace Specialists Inc. of Farmington Hills, Mich., acquired the intellectual property assets of BeaverMatic Inc. of Rockford, Ill., back in early 2015). Well we certainly know why the design is similar, at least three of the employees at Diablo used to work at Beavermatic; Burk Glogowski, Richard Claeyssen and Sue Harrod are all ex employees of Beavermatic proving once again that for good or for bad people entering the heat treating industry rarely leave the industry or wander far from home which in retrospect is probably a good thing.”

JUNE 14/2017 POSTING; “MACHESNEY PARK, ILLINOIS – June 14, 2017 – A company that built a niche servicing and refurbishing million dollar machines in the gear industry launched a spinoff company to build a new line of heat treating furnaces for those same customers. The new operation, Diablo Furnaces, saved five employees from the unemployment lines and Diablo is looking to add more. Machine Tool Builders was founded in 1995 to rebuild and re-control – add new controls to modernize machinery – large machines that make gears or work on gears. The company does this work for large national conglomerates such as Boeing and Caterpillar but also for local firms including Forest City Gear and Rockford Toolcraft. MTB eventually diversified into selling foreign brands as well, such as Germany-based Burri Grinding and Dressing Machines, Switzerland’s Donner+Pfister and HERA Hobbing Machines from South Korea.

Several years ago, MTB saw an opportunity to break into a related industry. When a gear is finished it has to be baked in a furnace to make it harder. Without the heat treating, the soft metal would wear down in a day. Machine Tool Builders began servicing and refurbishing heat treating furnaces. Many of those furnaces were built by a decades-old Rockford, Illinois firm. When that company closed suddenly and its assets sold to a Michigan company, MTB added key personnel from that firm and began using that institutional knowledge to design and build new furnaces under the name Diablo Furnaces. Diablo builds internal quench, temper/draw, box and car bottom furnaces that are custom built for each customer, based on material, temperature range, volume and available floor space. Diablo launched in February with five employees and a goal to do $6 million in sales this year. The company was 50 percent to that goal by the end of April. Diablo now needs more workers to keep up with market demand.” 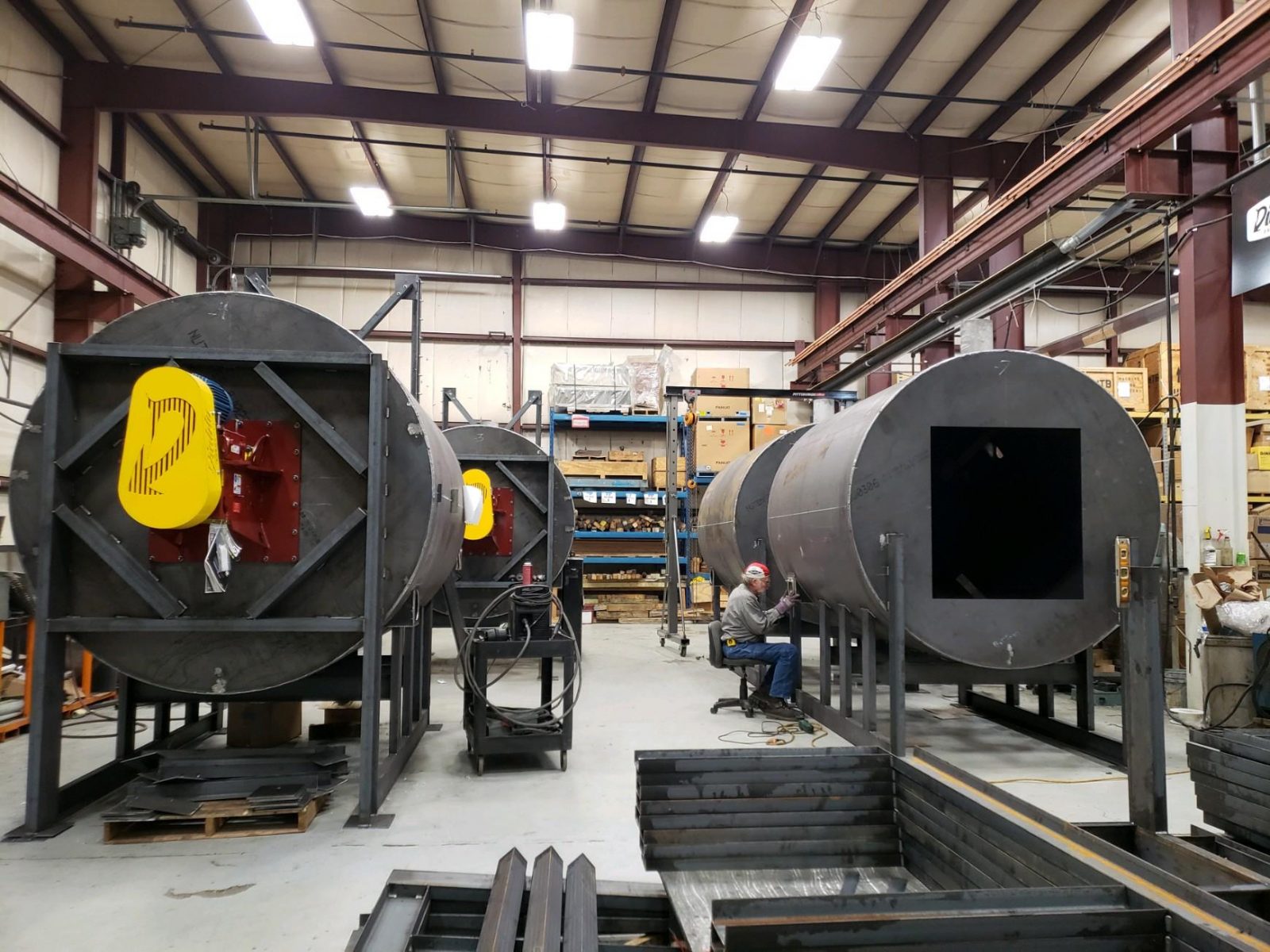