Coronavirus and The Heat Treating Industry

​Yesterday we provided some thoughts on how the heat treating industry was being effected by the Coronavirus-this article provides a broader picture about how Asian manufacturing is coping or not coping.

“As the world continues to grapple with the coronavirus outbreak, its impact can also be felt by automotive and aerospace manufacturers. Auto parts manufacturers across China such as Nissan, Honda Motor and PSA Peugeot Citroen, have suspended operations to keep their workers at home in order to minimise spread of the virus. Wuhan, the capital of Hubei and the epicentre of the disease is one of the major auto-industry hubs in China—home to seven major domestic and foreign auto manufacturers, as well as hundreds of auto parts suppliers. According to China Passenger Car Association, the province produced 2.2 million auto units in 2019 which accounted to nine percent of the country’s total production. “Carmakers will face severe parts-supply issues, something companies didn’t encounter during the SARS period,” said Cui Dongshu, secretary general of China’s Passenger Car Association. “Wuhan is the most cost competitive among China’s car-industry hubs, therefore many parts makers produce components there and supply their clients around the world.”

Automakers are expected to lose 350,000 units or about seven percent in the first quarter of the year if plants in 11 provinces responsible for two-thirds of China’s vehicle production are down until February 10, according to automotive research firm IHS Markit. Most recently, Hyundai has halted one of its assembly lines in its South Korea factory due to the lack of auto parts from China as a result of the outbreak. The company also plans to gradually suspend production in its factories due to the supply chain disruptions—the first global automaker to do so outside of China. Similarly, aerospace manufacturers are also affected by this crisis. Airbus has shut down an assembly line in China which is responsible for 10 percent of production for its most popular jet. The company said that domestic and international travel restrictions were posing logistical challenges for operations of its factory.

In a statement, Airbus said that they are “constantly evaluating the situation and monitoring any potential knock on effects to production and deliveries and will try to mitigate via alternative plans where necessary.” With major supply chain disruptions in the manufacturing sectors caused by the outbreak, IHS forecasts a loss of more than 1.7 million units for the first quarter if automotive plants remain closed until mid-March. Given the unpredictable nature of the virus, manufacturers will have to remain vigilant and monitor the global situation closely.” 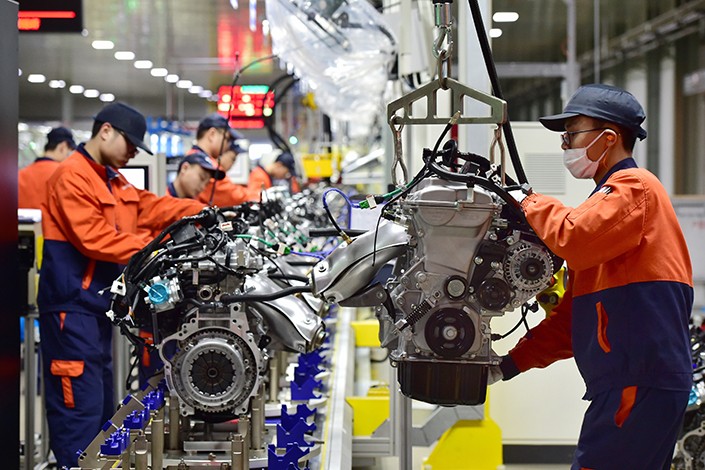