Back on March 28, 2018 we had a news item about an auction of the remaining equipment at a Caterpillar facility in Waco, Texas. Subsequent to our original news item we mentioned that all of the AFC-Holcroft batch IQ furnaces had been purchased by a used equipment dealer. Well the used equipment dealer certainly didn’t own them for long, we found our yesterday that all of the furnaces were bought by one of the largest commercial heat treaters in the State, Texas Heat Treating http://www.texasheattreating.com/ which has two locations, Round Rock and Fort Worth. These furnaces (which have working dimensions of 36″ X 48″ X 72″ by the way) will be installed in the Fort Worth location where they will join a number of other batch IQ furnaces. The President of the company Mr. Buster Crossley stated that he has never seen such nice looking used equipment “it looks like it was rarely used”. The one photo below called “Fort Worth” shows the facility in Fort Worth as we saw it a couple of years ago. The second photo shows the equipment at Caterpillar.

“Caterpillar, Inc., Waco, Texas, USA; Back in February of 2018 Caterpillar announced that they would be closing their Work Tools facility in Waco, Texas-a facility which made buckets, couplers, and hammers. The plant did indeed close with production moved to a Caterpillar location in Wamego, Kansas or outsourced to external suppliers. The remaining equipment will be going to auction this week-March 28 to be exact. The plant had a substantial heat treat department which included several fairly new and quite large AFC-Holcroft UBQ furnaces which can be seen in the photos below. While the auction has obviously not been held yet we understand these furnaces have already been bought and removed from the auction. What does remain is a Williams carbottom and several other heat treat related items.” 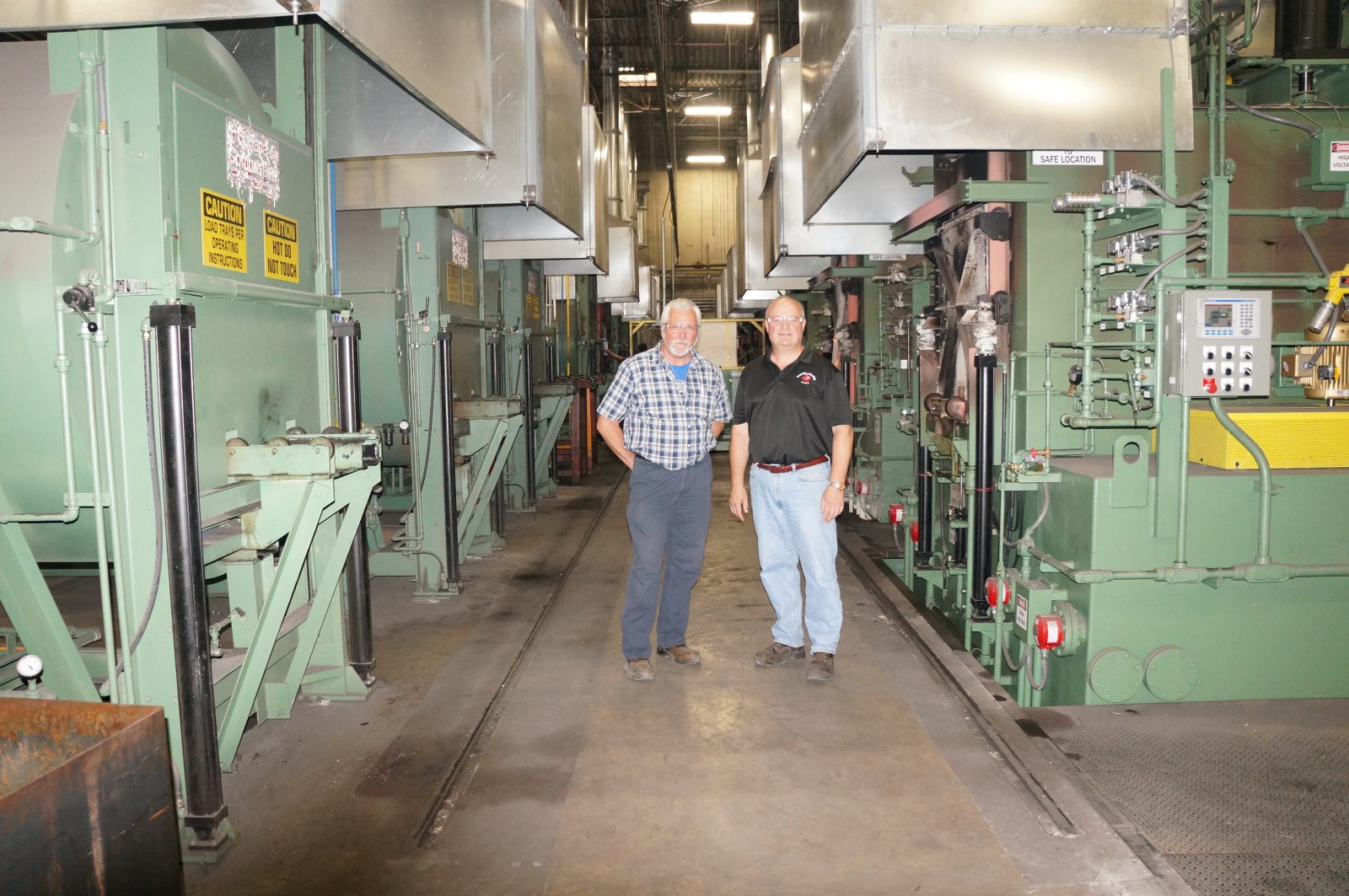