We see that Carsten Stoelting who for 7 years was head of AICHELIN Service GmbH made a career change just a few weeks ago as you can see in this press release;

“On 1 November 2020 Carsten Stoelting has taken over the role as Managing Director of Hitachi Zosen Inova Deutschland (HZID). Furthermore, he will lead Hitachi Zosen Inovas operations for its Systems & Service Business in Central Europe countries (including Germany) and Nordics. He succeeds Berthold Büttenbender, who led the company for six years. Berthold Büttenbender will leave the company by the end of 2020 and will continue to work for us as an adviser.”

Exactly one year ago we spent some time with Carsten and his team at the Aichelin Service facility in Ludwigsburg, Germany at which time we published this story about the Service Division of furnace builder Aichelin, the largest heat treat furnace supplier in the world;

“NOVEMBER 5/2019. Aichelin Service Group, Ludwigsburg, Germany; Based in Austria the Aichelin Furnace Group is amongst the largest furnace builders in the world so it is rather odd to see that the spare parts/service department for the company is located in another country-Germany to be exact. Since 2004 the Aichelin Service Group has been based in Ludwigsburg, Germany which is near the major city of Stuttgart-at this point some background is in order.

When the service group was formed the logic was that the service and spare parts department of any company can become secondary to that of building new equipment, hence the decision was made to set up a completely separate company, “Aichelin Service Group” near the city of Stuttgart which was where
Aichelin originally started and where many of the company’s installations are located. Since that time the service group has grown and prospered, so much so that it now had annual sales of 45 million euros and employs 140 people around the world with 80 people in this location alone. At some point in the past the decision was made to provide spare parts and service for any brand of furnace which means today the group spends 20-25% of their time on competitors equipment.

It’s an interesting concept and one which we have run across a couple of times recently although this sounds like the first example since it dates back 15 years now. In this photo you can see a couple of the people responsible for this success; Mr. Stephan Mueller, Head of Product Development, Carsten Stoelting, CEO of Aichelin Service Group along with Gord Montgomery.” 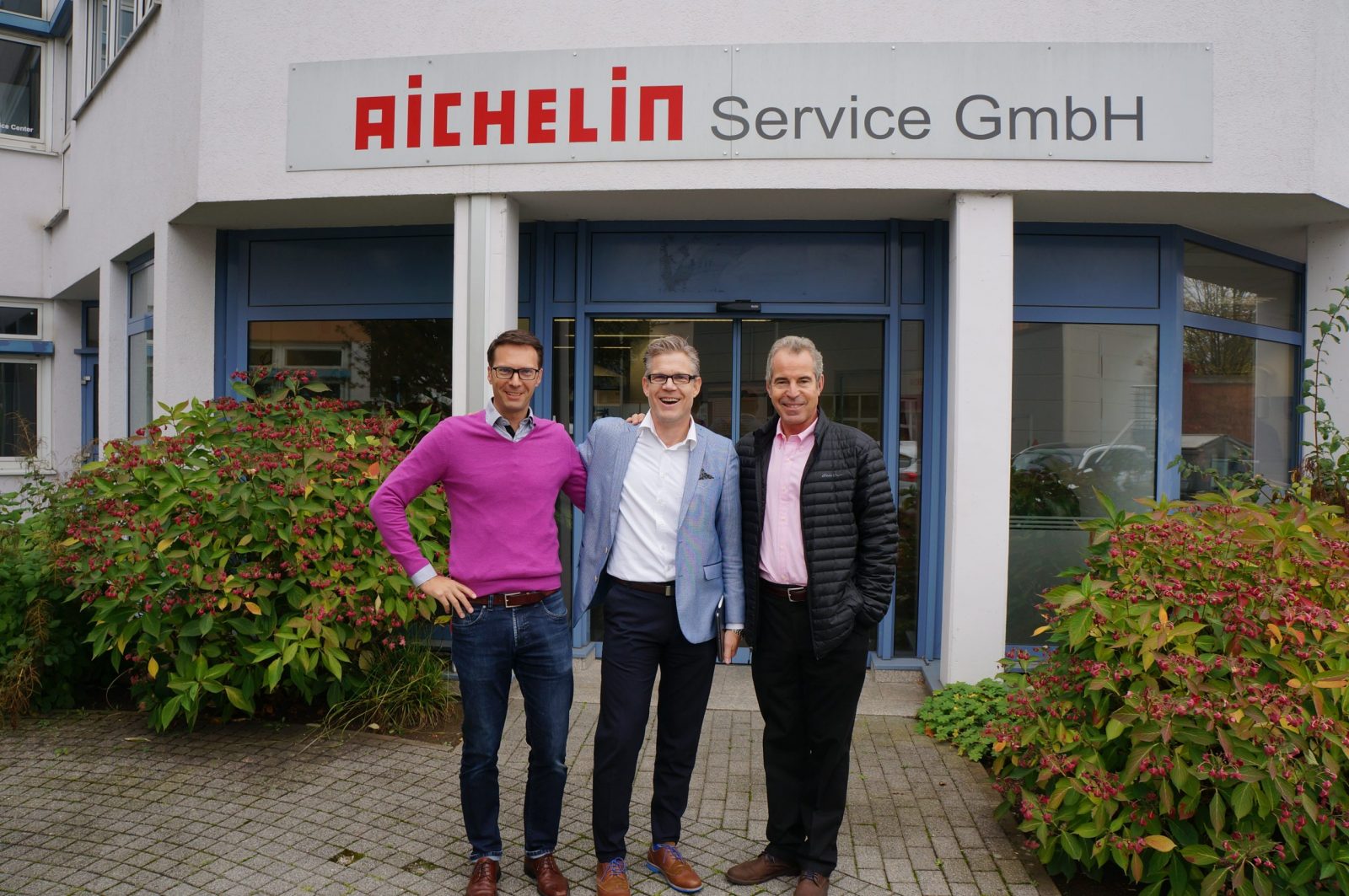