Can you ‘HIP’ it? Investigating hot isostatic pressing

Recently we have had a number of news items about the Growth in “HIPPING” in the heat treatment industry. This article from commercial heat treater Paulo tells us why this process is growing in popularity;

“Additive manufacturing has steadily asserted itself as a viable method for producing complex components in aerospace, medical and other high-performance applications. And if you hang out in metallurgy circles (who wouldn’t want to?), you can’t hear “additive manufacturing” without also hearing about hot isostatic pressing (HIP). That’s because the process, which applies high heat and high pressure to densify parts, has shown promise in improving the performance of high-performance additive manufactured components. While that’s the most popular use case for HIP, it’s far from the only one.

HIP is recently popular thanks to the prevalence of additive manufacturing for high-performance aerospace parts or medical devices like artificial hips, but the process is over 60 years old.

HIP was initially developed as a diffusion bonding technique. In diffusion bonding, high heat and pressure work together to weld similar or dissimilar metal surfaces without filler materials. Metallurgists soon observed that those process characteristics also improved mechanical performance by eliminating casting porosity (a term referring to the small bubbles of gas that can form during the solidification process of cast metals) and imparting a homogenous grain structure throughout the whole part.

Porous parts or parts with variable grain structures are less durable and cannot stand up to the stress of severe service.

A phenomenon similar to casting porosity occurs during an additive manufacturing technique called powder bed fusion. The process naturally leaves small voids within parts. Those small voids can cause big problems if they aren’t eliminated. (We discuss the intersection of powder bed fusion, HIP and superalloys in this article.)

In addition to use alongside additive manufacturing and diffusion bonding of parts, HIP is typically specified as a densification process complementary to powder compaction and sintering and metal injection molding. It’s most often specified in aerospace, medical & dental, oil & gas, power generation, firearm and jewelry manufacturing.

The HIP vessel recently installed in Paulo’s Cleveland Division is a Quintus Technologies QIH 122 unit with uniform rapid cooling capabilities. Its work zone is 25.9 inches in diameter and 68.9 inches in depth. It can process parts in a maximum of 12 layers at five inches deep each. Our initial testing of the unit has revealed some pretty impressive capabilities:

A wide array of materials can be HIP’ed in the high-pressure argon environment our unit creates. Such an atmosphere is ideal for:

We’re still evaluating how well we can HIP aluminum and magnesium. Trials currently in progress will help us determine whether residue left behind after processing these materials will impact future HIP cycles.

A common critique of HIP among some manufacturers is that it’s a costly, unnecessary extra step in the manufacturing process. The word “overkill” comes to mind, and it’s true that some thermal processors aggressively market the process to manufacturers who make parts for which HIP may not be a metallurgical necessity. But when it’s appropriately specified, HIP gives manufacturers several compelling advantages both upstream and downstream in their production process.

Design & manufacturing freedom – Some parts feature highly complex shapes that are too complicated for traditional forging or casting. In response, manufacturers have either sacrificed performance with watered-down designs or added costly processing time by designing parts in pieces and then joining them via brazing. But the pressurized gas used in HIP finds its way into internal passages and blind features of complex parts, ensuring they achieve specified metallurgical characteristics while reducing the traditional failure risks.

Mechanical characteristics – HIP has been shown to enhance key mechanical characteristics such as ductility, toughness, yield strength and corrosion resistance. Fatigue, impact, wear and abrasion resistance can also improve. We’ve also observed that HIP’ed parts end up with less “data scatter.” Reducing data scatter enables design engineers to more accurately understand material performance and to know more precisely where the material’s limit exists. They can then design according to that known information.

Optimized manufacturing – Whether parts are additive manufactured, cast or forged, integration of HIP can streamline manufacturing. First, the combination of additive plus HIP’s densifying and solution treating capabilities mean more manufacturing stages can be accomplished in fewer steps. Second, manufacturers concerned about porosity can allow it to occur knowing that HIP can correct the issue.

Simultaneous treatment – Older hot isostatic presses were typically designed with thicker walls which impeded quick cooling. That eliminated simultaneous treatment from the equation (and led some to believe the process was unsafe). Rapid quenching is built into our new HIP vessel, allowing simultaneous heat treatment and hot isostatic pressing. The resulting time savings is significant. Improved performance of parts treated in this manner has also been observed.

Reducing scrap – There’s always variability in manufacturing; the risk of scrapping some parts is ever-present. But HIP can help reduce scrap in two ways. First, it can be incorporated into regular production of parts with tricky designs to make up for potential upstream process deficiencies. Second, it can be applied as needed if a one-off problem occurs in a single batch. In either case, the potential savings is compelling.

As we said above, HIP isn’t new. But new doors are opening. As modern manufacturing methods continue to emerge, the competitive landscape will change.

Are you ready for it? 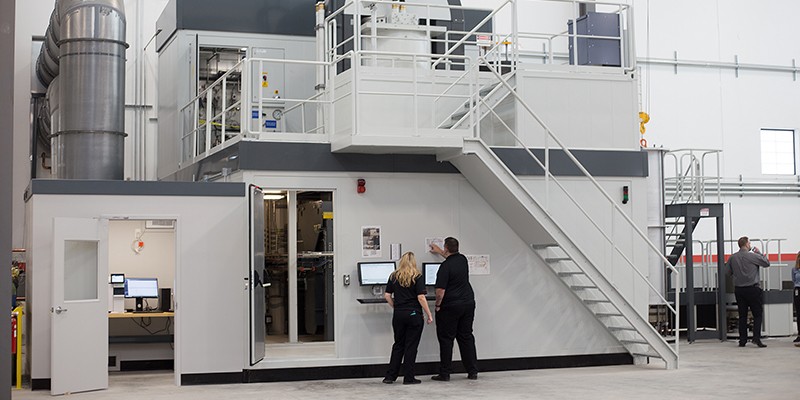