As ranked by “The Monty” Bluewater Thermal Solutions https://bluewaterthermal.com/ is one of the largest commercial heat treaters in North America with 12 different heat treating and brazing facilities in the USA and Canada. Unfortunately we have been informed that yesterday, September 30th 2019 the facility in Kitchener, Canada closed for good. The history of this location is quite fascinating; it was founded in 1945 and for many years was owned by the Beingessner family until they sold to Gibraltar Steel in 2002 at which point the company had annual sales of approximately $15.5 million (Canadian) making it the largest commercial heat treater in Canada at that time.  It remained part of the Gibraltar commercial heat treating division (which included the Carolina Commercial facilities-now part of Bodycote) until Gibraltar sold off the entire division which was renamed Bluewater Thermal. At this point in time the company has a couple of smaller mesh belt lines, some aluminum furnaces not currently in operation and several 36″ X 72″ batch IQ furnaces, one purchased new in 2015 and the others designed and built by B & W themselves quite a few years ago. We believe that all of the equipment has been bought by a used equipment dealer but this has not yet been confirmed. It is a real shame to see a company with such a long and illustrious history closing however the world keeps changing. This photo was taken in 2015 when the Surface Combustion Allcase furnace was brand new, in the centre we see the General Manager, Mr. Shawn Scott who remains with the company. 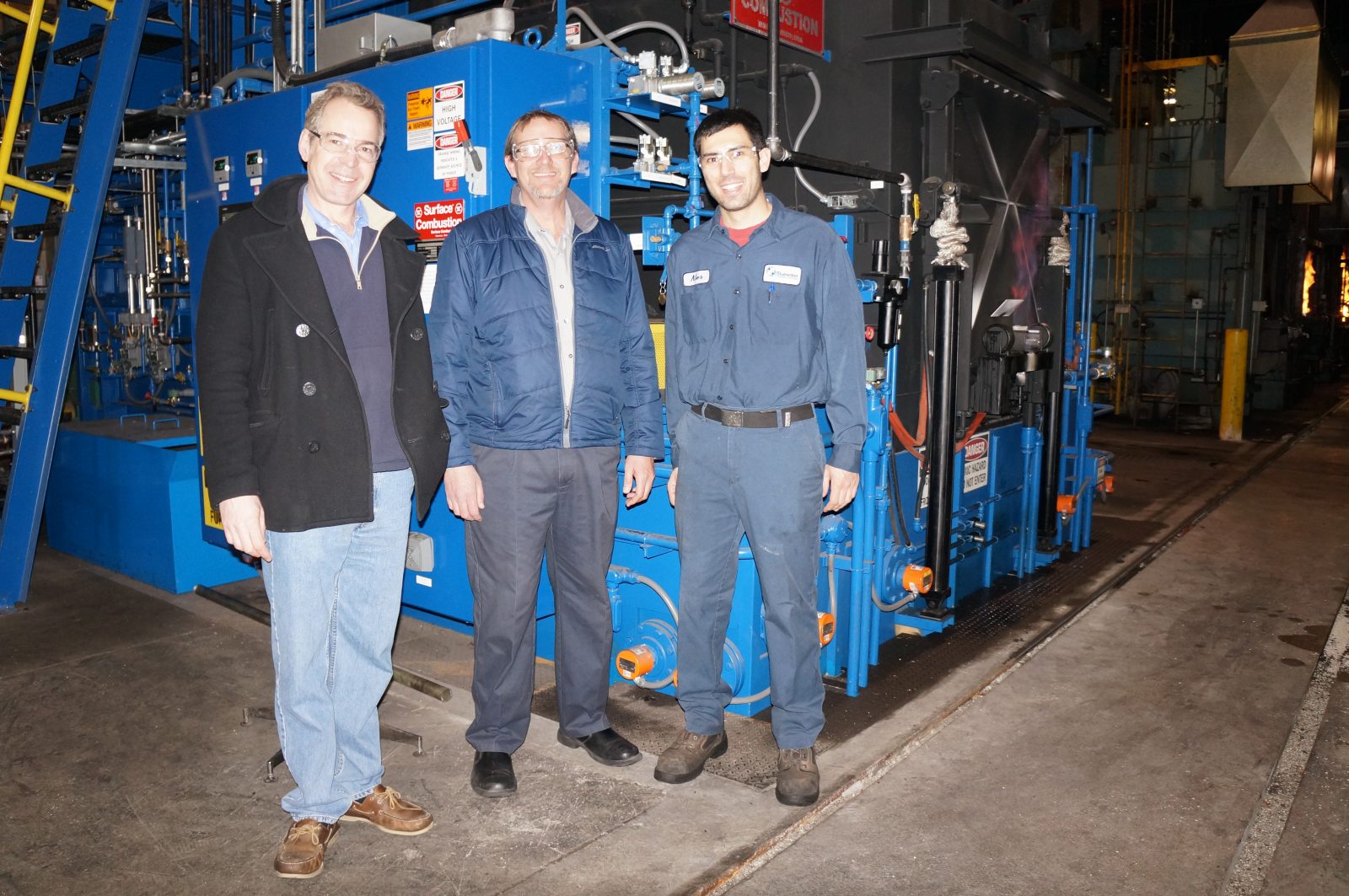