P & L made our news section approximately 1 year ago when the company was acquired by Thermal Process Holdings. As a follow up to that story we have this interview with the founder of the company Mr. William Pociask, an interview which appeared in a local newspaper “The Business Journal” of Youngstown, Ohio. You will notice in this interview that Bill mentions an addition to the facility and several new furnaces. The new furnaces he refers to include two Nitrex nitriders and a Seco vacuum temper(which are already on site) and 2 Remix vacuum furnaces which will be arriving at the end of the second quarter of 2020 to compliment the Remix units the company already has. Remix by the way is a Polish furnace builder and as far as we can tell the only vacuum furnaces Remix has installed in North America are at this facility.

“William Pociask sees his life as the actualization of the American Dream. Emigrating from Poland at 10 – ironically, he notes, he now lives in Poland, Ohio – he learned English, attended Catholic schools and later Youngstown State University, then worked for a local tool and die company, delivering materials for heat treating to another tool and die firm in the area. From that experience, he saw a need for an independent heat-treating company where people could take their work rather than take it to a competitor that might put its own work first, he says. That spurred him to found P&L Heat Treating and Grinding Inc. 41 years ago. He owned the company until last year when he sold it to Thermal Process Holdings Inc. Pociask is now its general manager. The company started with heat treating aluminum extrusion dies, then moved into grinding, forging and stamping dies, as well as parts for the railroad and mining industries. It now offers an array of heat treating, hardening, tempering and nitriding services. It provides services for products as small as styluses for record players upward to 8,000-pound pieces.

“We do quite a bit for automotive,”  Pociask says. Its customers include Ohio Star Forge, which produces parts for Japanese automakers, and suppliers to Ford and Dodge. The company produces dies for heavy-equipment manufacturers such as Caterpillar and International Harvester. P&L is preparing to wrap up a 10,000-square-foot expansion to its existing 25,000-square-foot space at 313 E. Wood St. in Youngstown, which has been expanded a couple of times over the years. Already, three furnaces are on-site that will go into the new building, with four more ordered and set to arrive in summer.“It’s all about growth,” Pociask says. “In the next two years we want to get at least 50% more work into this facility and two years later we want to double the amount of sales.”  Annual sales are approximately $4 million, and he hopes to increase that by $1 million by the end of 2020. Just over a year ago, Pociask completed the sale of P&L to Thermal Process Holdings, based in Elkhorn, Wis. He had received an email inquiring as to whether he would consider selling the heat-treating shop.  Thermal Process Holdings looks for “well-run, privately owned organizations that are looking for the next stage of growth or to continue the name of the organization [and] expand where the owners have been taking the business,” says Ken Robinette, regional vice president.  “Our targets are primarily organizations that don’t have a succession plan and the owners are getting to the point where they’re looking to the next step of their lives, which might be a little less about career and being business owners and a little more about being retired and enjoying family,” Robinette says.

Pociask has five children, all of whom “went their own ways and did their own dreams. You have to love what you do and I do love it to this day.” P&L was attractive because the heat-treating market is fragmented, Robinette says. There are many heat-treating companies, but few have embraced technology and innovation to the degree as P&L. Further, the company focuses on a unique market segment – the tool and die industry – that complemented Thermal Process Holdings’ other business segments. The companies concluded the deal in November 2018, after about a year of discussions. Pociask, who visited other Thermal plants before agreeing to the sale, says joining with the company gives P&L the ability to increase its expertise, and to shop at better prices for the products it uses. “A year later, I’m very proud that I did this. Their goals and their thoughts are just like mine,” he says. “They treat our employees very well and they value our customers, processes and so forth.” The welfare of his employees was his main concern, Pociask adds, to ensure that the people who have worked at P&L for “many, many years continue to be treated properly.”

Roger Kowal is one of P&L’s 20 employees. He began working there 37 years ago and runs a Blanchard grinder, used for rotary surface grinding. “It’s been a good source of employment. We’re taken care of – hospitalization and decent pay,” Kowal says. “It’s a good environment to work in.”  Beyond the physical expansion and additional equipment, P&L is preparing for growth by bringing in at least five – possibly 10 – production employees over the next year. Pociask says he is looking at hiring the company’s first salesman. “We got our customers from word of mouth. Our customers sold us,” he says. The goal is to expand P&L’s customer footprint beyond its current 100-mile radius. Among the new opportunities Pociask envisions is with Lordstown Motors Corp., the startup that has plans to manufacture electric trucks at the former General Motors Lordstown Complex. Current customers include Pennex Aluminum Co., which does extrusions for automaker Tesla. P&L is in the midst of developing a new proprietary heat-treating process that should be ready by June. How long Pociask remains with P&L is up to him, although he will remain well into next year as the expansion is completed and the new equipment is brought online, Robinette says. “It’s [Pociask’s] desire to spend less than every waking moment working on P&L, so it’ll be a partnership, and we’ll develop that as we go. Certainly for the next six months it might be a little more full time than part time,” he says. “We’d like to keep him around as an adviser and consultant for as long as he feels interested.”  The P&L team “has been very open-minded to the things that we’re trying to do with the platform,” Robinette adds. Pociask says he’s proud that he sold P&L to Thermal, “a very good organization that will take this business to the next level.” 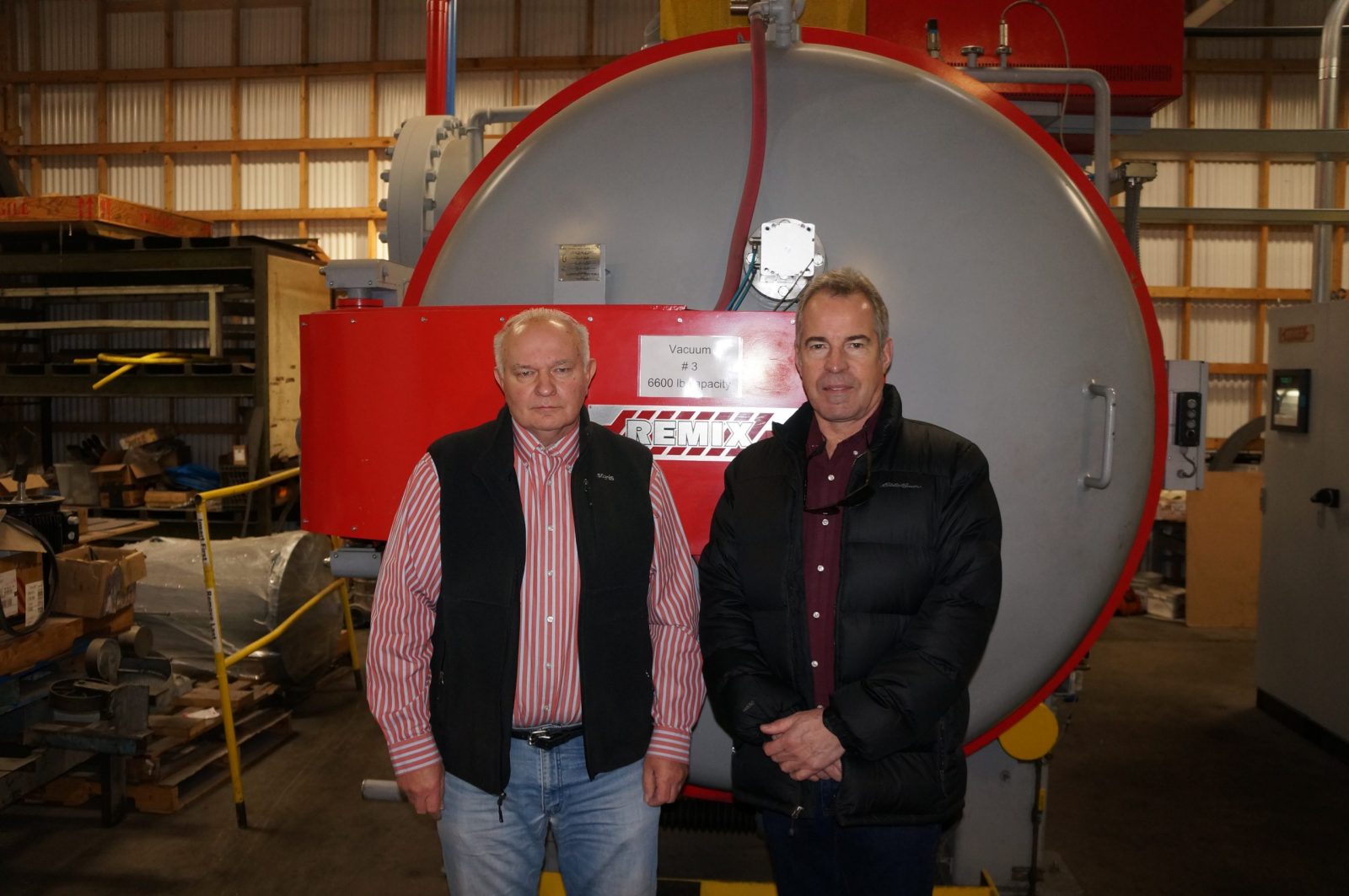