Austempering-This Simple Idea Would Have Prevented a Death

As part of an occasional series about “Safety In a Heat Treatment Department” we present this cautionary tale involving austempering.  Back in 2011 an individual working in the heat treat department of manufacturer Fisher Barton South Carolina, Inc., was tragically killed while adding salt to a molten salt bath at the end of a mesh belt austemper line. While standing above the open quench tank he lost his balance and fell into the quench tank and subsequently died-this is the OSHA report;

It was such a terrible, avoidable death that we at “The Monty” have never forgotten the accident or the details. Fast forward to 2020 and we saw a simple, very ingenious system which would totally eliminate the chance of this sort of accident ever happening again.

What we witnessed at a captive heat treater with several mesh belt austemper lines was a completely automated system for adding salt to a molten salt bath. It consists of a vibrating hopper into which the bags of new salt are added (the vibrating feature is to break up the salt), the hopper feeds a small enclosed conveyor which delivers the salt into the covered tank through a 12″ diameter tube. The system allows the salt to be added without the quench tank ever being uncovered and completely eliminates the chance of anything falling into the tank and also eliminates the chance of “splash back”. The photo below shows the system. A simple ingenious idea which would have prevented a needless death. 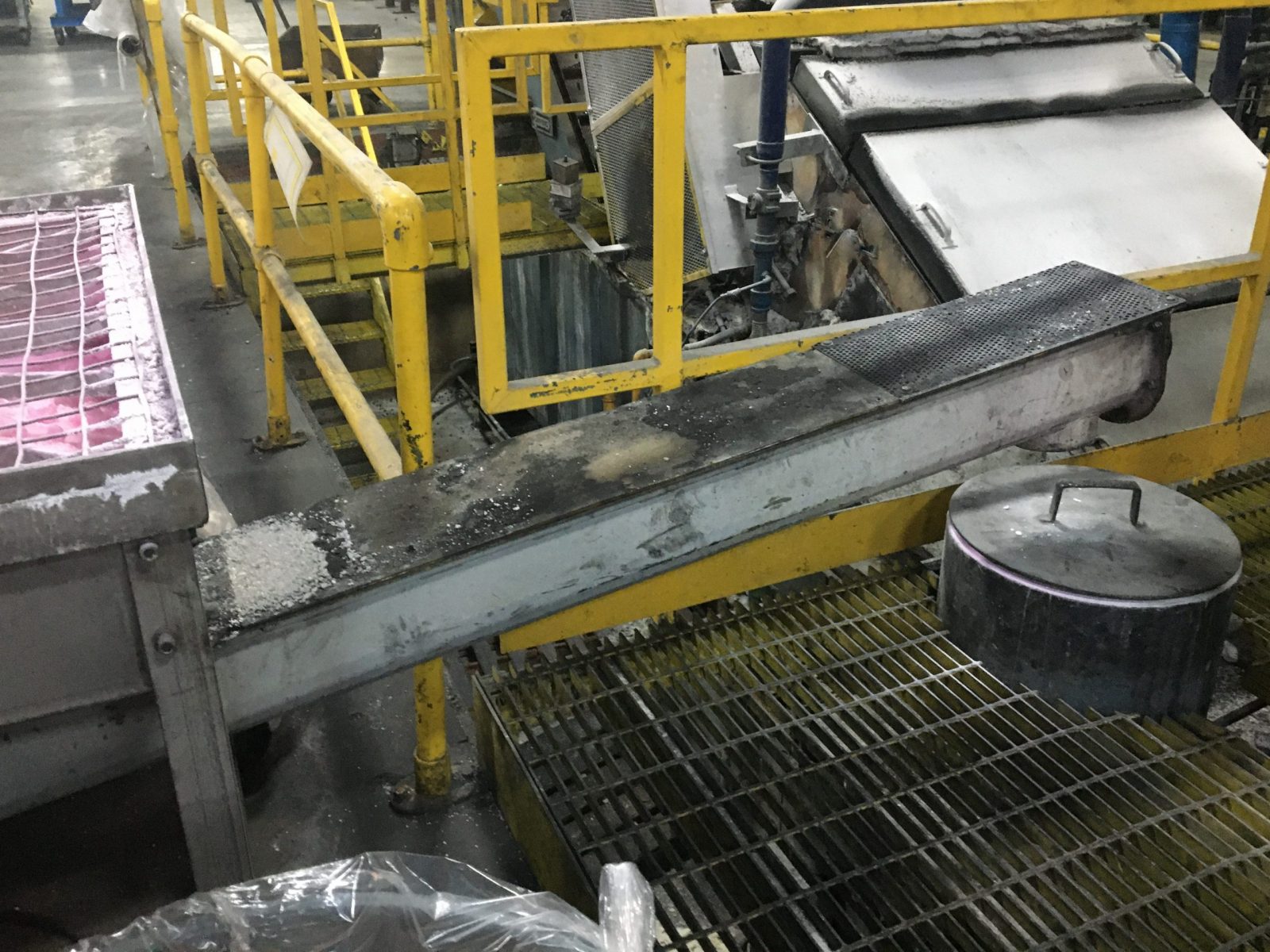