In Ajax, Ontario, Canada we find a growing commercial heat treat by the name of Atlantic Heat Treat. The company has a long history which goes back several decades and was acquired by the current owner Mr. Jon Mathews almost 20 years ago, since that time Jon has made some major investments. These include vacuum furnaces, a black oxide line and a nitriding system. We can now say that the firm is making a major investment in more batch IQ capacity, capacity which will more than triple what the company now has. The photo below was taken just yesterday by Jordan Montgomery of “The Monty” and it shows part of the Atlantic team including the owner, Jon Mathews who is on the right. By the way we expect to be hearing quite a bit more about the company in the near future, unfortunately as of today we have to leave it at that. 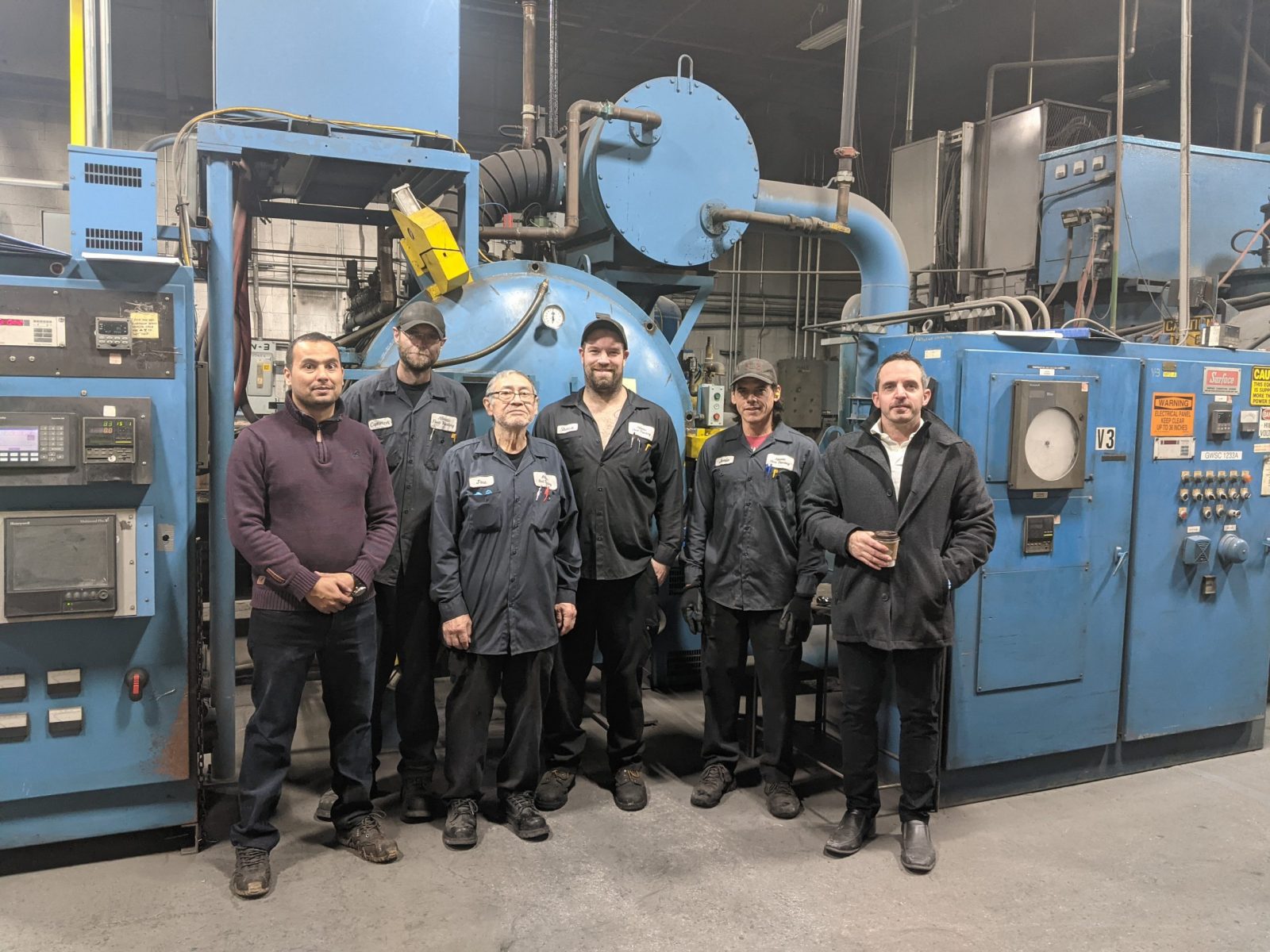