An Introduction to Carburizing (Part 2)

Pack Carburizing compounds are generally made up in the following manner with activators.

Once again due to the thermal conditions the carbon monoxide will react with the steel surface to be carburized and release nascent/atomic carbon plus carbon dioxide. It is the nascent carbon that is diffused into the surface of the steel component shown in the following reaction sequence. 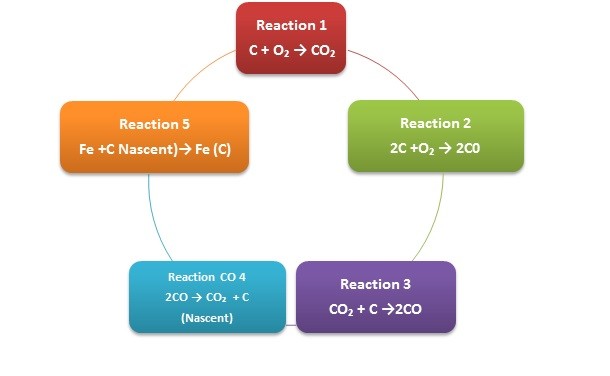 After the completion of each charge or load, it will be necessary to replenish the used charcoal with an approximate addition of 10 to 12% by volume of new activated charcoal.

A simple loose fitting steel lid should be placed on top of the loaded container and simply sealed with fireclay or mud to contain the process gases developed within the container during its complete cycle at temperature.

When preparing the process container for the charcoal granulate and the steel to be carburised, it will be necessary to ensure that there is approximately 50 mm (2 inches) of charcoal combined with the  activator underneath the steel to be process and over the top of the steel component  being processed.

Internal Potential Contamination by Grain Boundary Oxidation of the New Charge Being Processed.

An example of Inter Granular Oxidation

Influence of Time on the Process of Carburizing

The time factor is a complex formula and based upon the diffusion of carbon into the surface of the steel. The rate of elemental diffusion into the steel surface is not dependent upon the element that is being decomposed. (Such as carbon or nitrogen)

The principal formula is based upon Fick’s first and second laws of diffusion.  As previously stated these two formulas are very complex. Because of the formulation is quite a complex formula, Harris derived a much simpler formula for the time of diffusion for a given case depth which was based on a plain carbon steel (without alloying elements).

The formula is based on simple plain carbon steel and does not account for alloy carburizing steels, but can be used simply as a guide. It does not take into account the effects of alloy elements such as chromium, nickel and any other alloying element that may have been added. 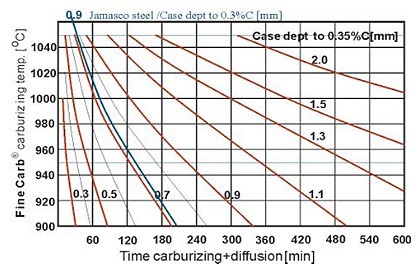 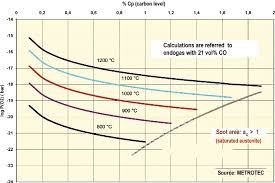 Depending on the selected load on the hardness test machine will determine if carburizing has taken place or if the indenter has pierced the formed case and is giving an average reading between case and core.  Therefore it is strongly recommended that a cross sectional traverse hardness plot be given to accurately establish the    total depth of newly formed case.

The depth of carbon penetration is (as previously described is a function of time and temperature in order to diffuse the carbon into the steel surface.

The depth of hardness penetration will be dependent on the carbon content of the carburized layer. Provided that only martensite is formed in the case when quenched, the depth of case hardening would be equivalent to a depth of carbon penetration down to 0.4 % carbon. 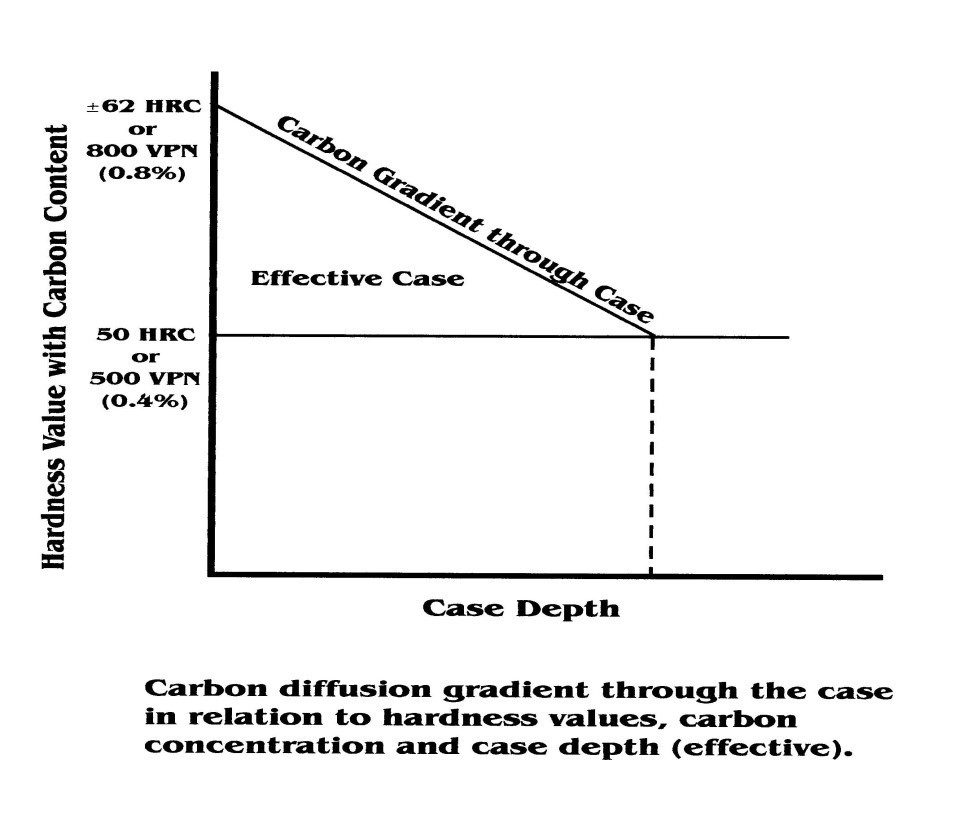 If the selected austenitizing temperature is too low, then there is a likelihood of a softer core hardness and the potential for incomplete transformation to occur on the formed case.

The core hardness will also be dependent on the chemistry of the steel in question.

The purpose of the core hardening treatment is to give support to the fresh martensite formed case.

If the hardness of the core is too low and the load that could be applied to the surface of the formed case, then there is a strong likelihood that the formed case will collapse due to lack of core support.

When carburizing by the pack carburizing method then the steel component (if necessary) can be selectively carburized and quenched. Generally, for pack carburizing, the method of stop off will be either copper plating or copper painting. There are other reputable stop-off agents that can perform as good as the copper plate  stop off method.

When pack carburising, the most serious difficulty is establishing the time at which the components to be carburised and the process container have reached the selected carburising temperature.

The general selected process temperature for pack carburising is between 890°C up to 920°C.

Based on the Harris formula, the following approximate values can be used to approximate the process cycle time at a  process temperature of 1650°F up to 1700°F.

The values given below are  based upon the Harris Formulae and a plain carbon steel, shown as follows: 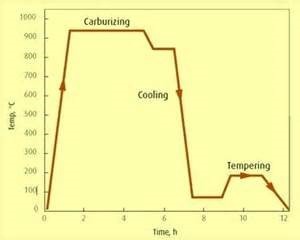 To be continued with Atmosphere Carburizing 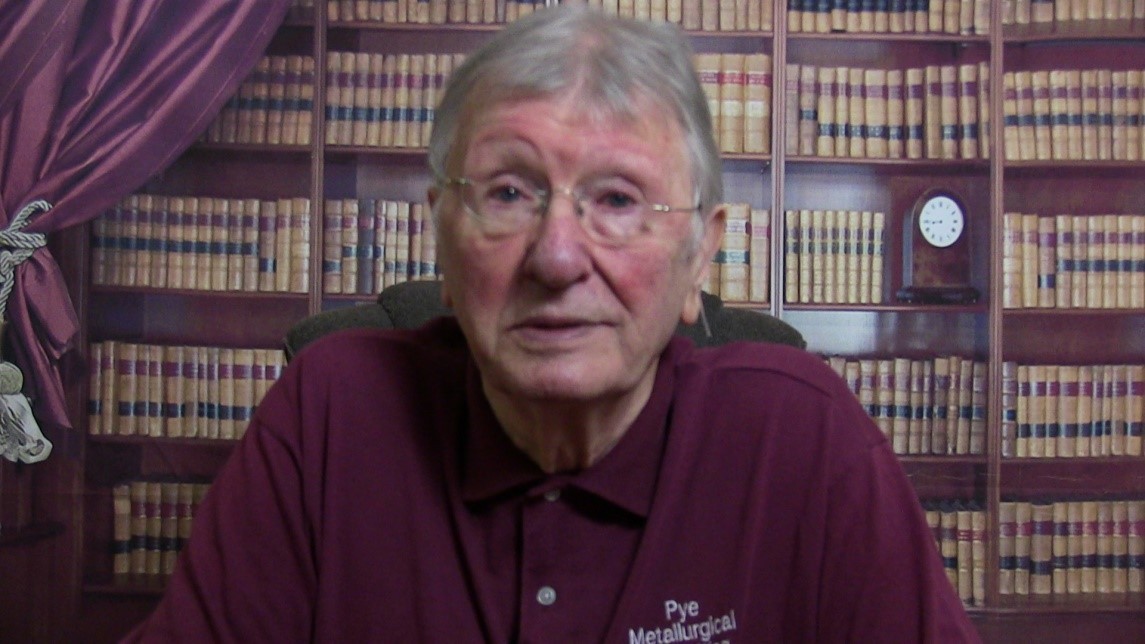