An Ammonia Leak Can Ruin Your Entire Day

In the case of a heat treater near Grand Rapids, Michigan the accidental leak of ammonia (required in nitriding applications) caused a great deal of concern as you can read below. To those use to the smell it is no big deal, however to the uninitiated the first whiff can be a rather scary experience.

Incidentally Anhydrous ammonia is a substance used in manufacturing the illegal drug Methamphetamine, a drug easily made and extremely addictive. A few years ago it appeared to become relatively well known to manufacturers of the drug that ammonia could be found in outside storage tanks at many heat treaters. The result was the theft of ammonia in a number of cases which is why outdoor storage tanks are now in most cases guarded by razor wire, lights and video cameras. In this case the leak was promptly and competently contained with no real issues.

“WYOMING, Mich. (WOOD) — An anhydrous ammonia leak in Wyoming drew hazmat crews to a company and prompted warnings for neighbors before being contained Tuesday morning. The leak was discovered around 10 a.m. in the 500 block of 32nd Street SE at Roger B. Chaffee Memorial Boulevard, the Wyoming Department of Public Safety said in a release. Employees at State Heat Treating Company, which performs chemical treatments on metals for the automotive, furniture, medical and military industries, said they noticed the leak and quickly called 911. About 300 to 500 gallons of vaporized ammonia escaped from one of the company’s tanks, Wyoming DPS Lt. Eric Wiler said. Hazmat crews responded to deal with the colorless, compressed, corrosive gas and managed to close the tank valve.

Authorities had issued an evacuation order, which was later revised to a shelter in place order with instructions to close windows and turn off air conditioning. Both of those orders were lifted around noon after the leak was contained. Though anhydrous ammonia can cause respiratory health problems if inhaled, no injuries were reported. Authorities shut down 32nd Street from Roger B. Chaffee Boulevard to Eastern Avenue while emergency responders were on the scene. Wyoming DPS and the Grand Rapids Fire Department were investigating what caused the leak. The city of Wyoming said Tuesday it was unaware of any previous problems at the the heat treating company. The Michigan Occupational Safety and Health Administration said it had not noted any inspection problems within the last five years and did not currently have an open inspection for the company.” 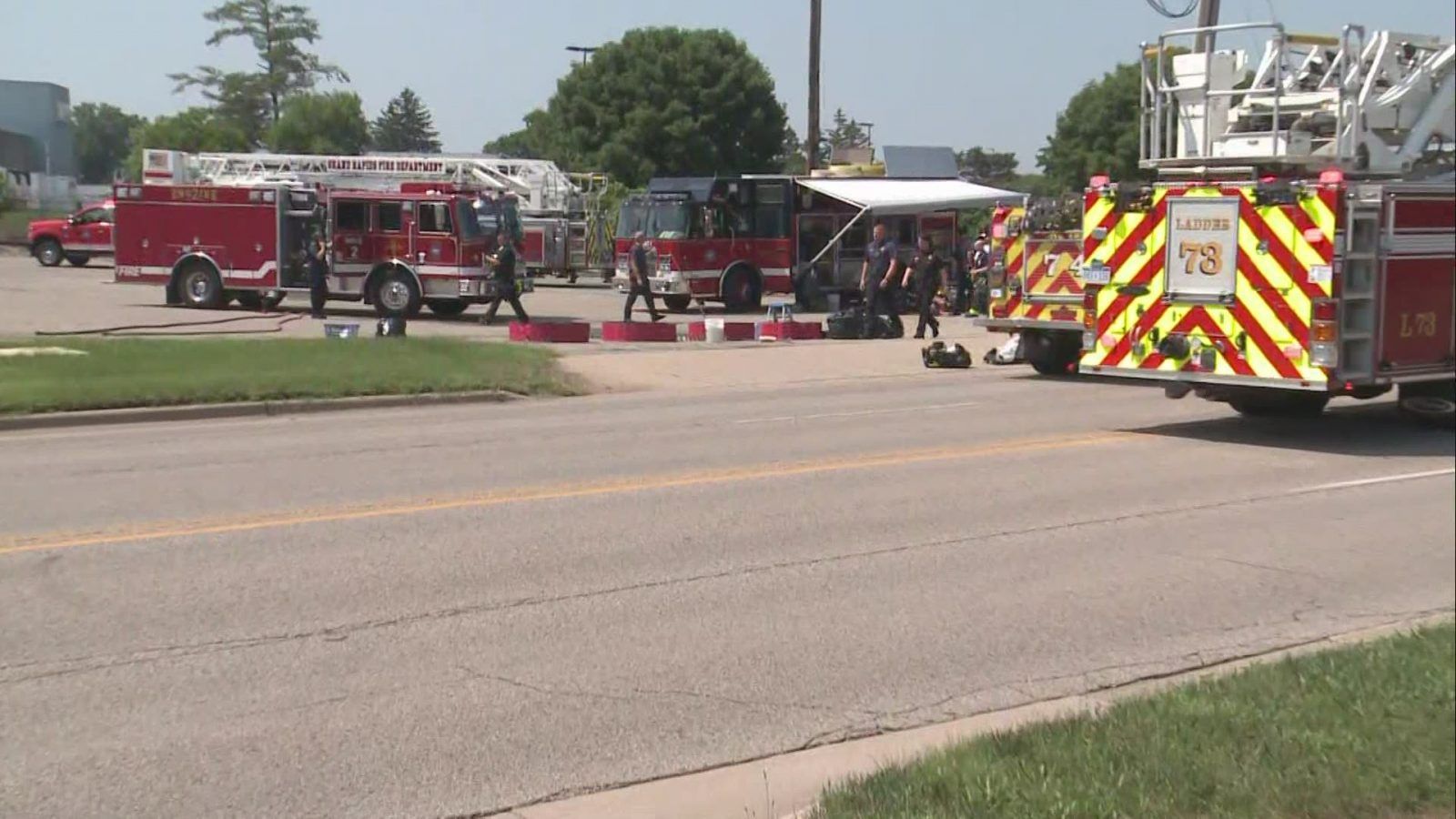