There can’t be a captive or commercial heat treater in North America who has not at some point been the victim of “alloy theft”. By alloy theft we mean a few base trays, baskets or muffles disappearing out the back door and turning up at the local scrap yard. Probably because the price of alloy has dropped from their all time peaks a few years back we have not heard much about this recently, however this story caught our eye. Obviously these guys were into this big time.

“A third man has been sentenced and ordered to pay more than $1 million after stealing a metal alloy from ArcelorMittal and selling it. Christopher Forster, 31, of Valparaiso, pleaded guilty last year in federal court to four counts of interstate transportation of stolen property. Forster was sentenced Tuesday to 15 months in prison and was ordered to pay $1,414,030 in restitution to ArcelorMittal, according to the U.S. Attorney’s Office for the Northern District of Indiana. Between 2013 and 2014, Forster and his co-defendants, Ryan Hendrickson and Robert Watkins, stole a metal alloy called Ferro Columbium from ArcelorMittal’s property and transported it across state lines to sell for profit, court records show.

Hendrickson worked for ArcelorMittal in Burns Harbor at the time as a mechanic and welder, and the “nature of his job had him working all over the mill property,” court records state. Hendrickson “passed on that knowledge” to his friend Forster and Watkins and Forster committed the thefts, according to court records. Ferro Columbium is a microalloy used in the heat treating process or as a spray on the hot strip mill, according to Pete Trinidad, union negotiator for ArcelorMittal Burns Harbor. It helps with some specialty steel, including some of the more exotic high-strength steel that ArcelorMittal has developed, Trinidad said. 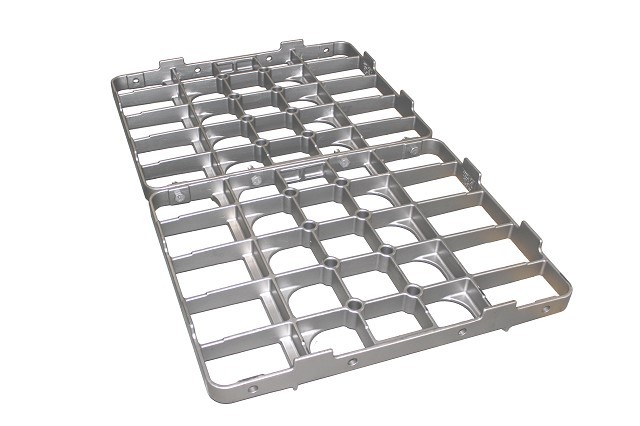