Even after over 20 years of publishing “The Monty” we are still surprised at what catches peoples attention and what doesn’t. For instance last week we had a rather brief news item about an alloy theft from an ArcelorMittal facility in Indiana (clarification; by alloy we mean any high nickel content material used in a heat treat such as base trays, baskets, muffles, etc. Theft needs no explanation).

This has always been an issue for heat treaters because depending upon the current price of alloy these items can be worth quite a bit of money and most are completely anonymous-not many serial numbers on a 330SS basket (by the way alloy theft is not quite as common these days because the price of nickel has dropped over the past few years, but it is still prevalent-see this chart).

With this background out of the way we will now say that for some reason this story hit a nerve with heat treaters and solicited a number of comments;

Pusher Furnaces. For years we ran HU cast base trays from Alcon Industries through our pushers. We always thought the life was rather short until we started realizing we could find very few used trays. Turns out somebody was stealing them but as we had a rather large lay off shortly thereafter we never did find out who was taking them, just that we stopped losing them.

Dan Hicks, Owner High Desert Heat Treating LLC; Had some Jabronis come into shop offer me to buy my used temper furnace but needed some baskets to go with it. Loaded up some baskets and a base tray. They said they would send a truck for temper. I checked their business card right after they left, no business existed and address was under an overhead train in Chicago. They gave me some cash for baskets and trays so it really wasn’t theft and the age of the baskets and tray would have been hard to prove theft. Scam for sure.

Richard Wilson Jr., P.E. Owner at Wilson Metallurgical Laboratories; I worked for foundry once who had a man who left work in a long over coat on a dry 70 degree day. He tripped in the parking lot and couldn’t get back up for all of the copper he had stuffed into the coat.

Anonymous in Canada. All our old alloy goes into the back until we have enough for a load. Surrounded by a fence and motion lights, this is what we found last year after the May 24 weekend! Now it stays near the loading dock. 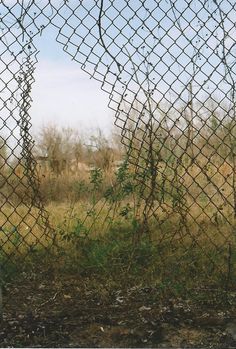